Why wear a bra

Women wear the bra, guided by both aesthetic and physiological reasons, and some don't even think about why they need this item of underwear. Sometimes the bra is worn for medical reasons, e.g. after operations on mammary glands. 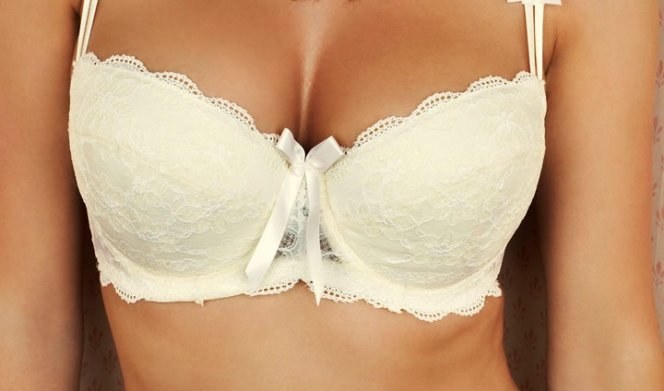 Bra to support the Breasts

Most women claim that wearing a bra to support the Breasts, to keep its shape, prevent sagging and stretching. Manufacturers of lingerie, indeed, argue that the subject is able to perform all of these functions, while the physiologists to prove the opposite.

Small breast bra is not needed – he has nothing to support, and from sagging it will not save, so as to blame only the weak muscles and ligaments. Lush breast bra is also not needed, if you only talk about the physiological reasons, as it eliminates the action of gravity and other reasons. The breast loses its shape and not droop because of the lack of physical support, and due to hormonal changes due to pregnancy, childbirth or age, and also due to the weakening of muscles, skin and ligaments that lose their elasticity.

Moreover, some studies show that bra even accelerates the process of weakening of ligaments, since it removes from them all load.

Bra for medical reasons, you must wear only women with very large Breasts, which are observed back pain and back problems. Also temporary wear after surgery to remove breast cancer and other surgical interventions. Nursing mothers also prefer to go in a bra – it supports not only became swollen and heavy Breasts, but hides the milk leakage.

However, in this period, wearing a bra can lead to pain in the mammary glands.

Thus, we can say that the bra most often do not need women for any objective reasons, in addition, it may even hurt. There is evidence the when wearing tight underwear with the development of cancer: the tissue pressure impairs blood flow and circulation of fluids, which leads to the formation of cancer nodules. Also the bra constricts some blood vessels and nerves on the body that impedes proper blood circulation in the spine.

The main function of the bra is aesthetic. It allows you to improve the shape of the breast, to lift it and visually enlarge, to give a seductive shape. Different designs of bras to give the girls the opportunity of all forms to make their Breasts attractive. The fabric also hides the outlines of the nipples that seem indecent to many women. Wear a bra sometimes you need to comply with the dress code, although this can be avoided if correctly to pick up clothes.
Is the advice useful?
See also
Присоединяйтесь к нам
New advices