What are the different types of bras

Bra is an important component of women's wardrobe. The right choice of underwear is intended not only to emphasize the dignity of the décolleté, but also provide maximum comfort. 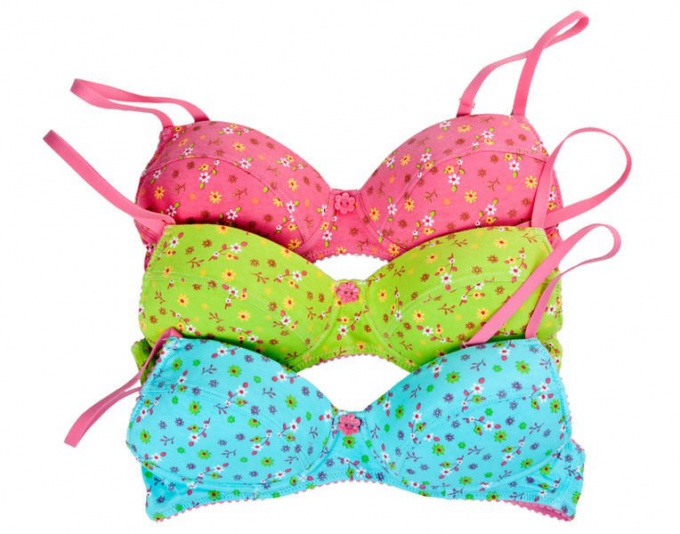 The classic bra is a bra with soft or hard cups, which is suitable for everyday wear and provides the necessary convenience.

Bras with padded cups lift the breast, but not in any way affect its shape and does not add visual volume. Such models are usually created from transparent fabric and not combine with a bodycon sheer clothing.

Tight bras with cups designed specifically for tight-fitting blouses and dresses, and as a bonus, visually enlarge the Breasts.

This model of bra has a very low cups, which make the bra as open as possible. Best suited to girls with average breast size. For those with a large bust should pay attention to the more closed model, because the model balconette captures the chest is not strong enough.

Balconette bra and is known under other names. The most common - "Angelica" and "Corbeil".

The word "push-up" is literally translated as "up and forward", and these two properties make this bra simply irreplaceable. The cups of the bra push-up have triangular form and are kept in special pits. This design helps to visually increase the size due to the fact that the Breasts are raised and are much closer to each other. Push-up is a real lifesaver for women with a small bust.

Bra minimizer indispensable for owners of magnificent forms that want to visually reduce the breast. This type of bra has wide straps and a special cut of the cups, which allows you to evenly distribute the volume. Chest visually becomes smaller due to the effect of the flattening.

The main objective of sports bra is to keep the shape of the female breast and to prevent sagging and stretching during sports. Usually sports bras are made from stretch fabric that holds firmly and slightly presses on the chest.

When choosing a sports bra is worth to give preference to models with flat seams, wide straps and a clasp.

This silicone bra can wear a dress with any color and degree of transparency. The presence of underwear so it is absolutely not noticeable and not how much will spoil the captured image. "Invisible" consisting of two sealed cups that will only fit girls with small or medium bust.
Is the advice useful?
See also
Присоединяйтесь к нам
New advices