Why you need a bra

The first prototype bra was worn by the ancient Egyptians. In the fashion of the time was a small chest, so they tied up your bust with special bands. These tapes are later used of the inhabitant of Ancient Greece and Rome. Belts-strepii in the wardrobe last most resemble the modern forms of underwear. 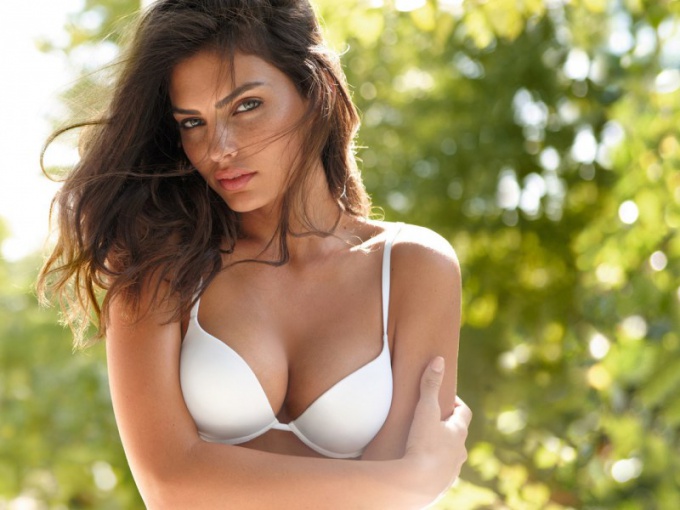 In the late 19th century became very popular the idea of the German school of feminine hygiene products. The doctors at the time argued that the corset is harmful to women's health. In addition, he condemned the ladies to immobility and lack of independence, and thus served as a weapon of enslavement of women. Therefore the idea of liberation from the corset happily picked up the suffragettes.

A bra takes the weight of the bust on the shoulders, supporting it with straps, unlike the corset, which propped up the Breasts from below. In other words, we can say that the bra is the antithesis of the corset.

In its current form, the bra replaced the awkward and heavy corsets in 1889 with the filing of the French Hermine, Kadol, put in your corset workshop a product of the female wardrobe under the title of "le Bien-Etre" ("welfare"). The cups of this bra were supported by two satin ribbons, while the back of the whole structure was attached to the corset.

The requirement that the mammary glands of the female body were not visible under clothing and underwear, came from the middle ages with its puritanical views and firmly entrenched in European culture up to the present time. Even now, the girl or woman with bare Breasts or even just in sheer blouse, from under which stick out considerably the nipples will cause the condemnation of others. So one of the main reasons for which women wear a bra is a cultural tradition that prohibits openly demonstrate their own charm.

The hygienic function of a bra

Besides the cultural aspect, there are also other reasons why the bra worn by the majority of girls and women of civilized countries. For example, the purpose of wearing this item of women's wardrobe can be medical, and more exactly – hygienic. Why you need a bra with this point of view? First of all, to maintain the bust. At a constant walking without a bra on the Breasts entrusted uneven and excessive load, and their constant movement which can impair blood flow, cause the stagnation in the lower lobes, may cause mastitis, and malignant tumors. Perhaps this reason is the most significant of all.

On the other hand, not long ago, scientists have conducted studies that prove that constant wearing of bra can be to provoke breast cancer and women. Therefore, it is not recommended to walk around in my bra most of the day, and the more in it to sleep. In addition, not all models of bras are good for health. For example, models bras without straps are not able to provide the necessary support for the Breasts. The entire weight of the bust is only supported on the sides of the bra, which cut into the skin at the location of the lymph nodes.

You must choose the right model of bra based on breast size.

For those with a large bust you should not choose bras with narrow straps, which are not able to support a rather heavy chest. Also, do not wear:
- close bras;
nylon, creating the effect of "greenhouse";
- tight models sports bras that flatten the chest.

The aesthetic function of bra

And, of course, we should not ignore another reason why you need a bra, this time aesthetic. It is believed that partial beauty more striking in the male imagination than a full.

And therefore the pretty lingerie has long been a powerful weapon in the Arsenal of every temptress. Modern bras, made of precious lace, embellished with gems, ribbons, embroidery, tasteful is a great setting for women's bust.
Is the advice useful?
See also
Подписывайтесь на наш канал