What language the world's most complex

Often the most difficult languages of the world referred to as Chinese, Russian, Bulgarian, while scientists are more inclined to the Basque language, since it has no relationship with others. While most linguists state that does not make sense to figure out which language is more difficult, because different Nations there are various difficulties in learning foreign dialects. 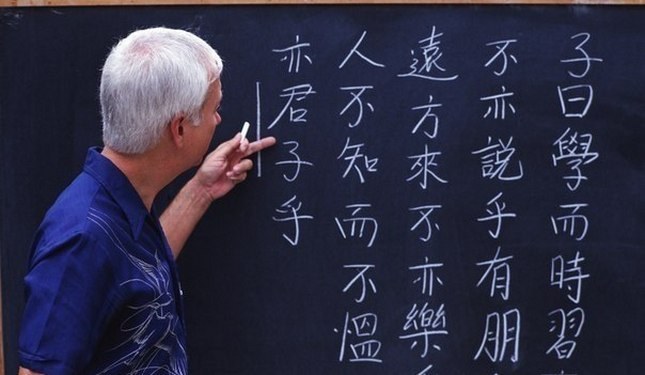 Related articles:
Linguists believe that one can not answer the question of which language is the most difficult. The answer will depend on the native language from human thinking, from other factors. For example, the Russian language with its complex grammar and trudnoperevarivaema words seems easy for other Slavic Nations, but the British or the Americans it is difficult.

Although neuroscientists may argue: they say that there are languages that are not very tolerant of even the media, for example, Chinese or Arabic.

In addition, language is a complex system consisting of several parts, including writing or phonetics. There are languages with a complex phonetic structure, a variety of different sounds, sound combinations trudnoreshaemyh, complex tones and melodies. Other, more simple sounding, languages may vary confusing and difficult to understand by the writing system.

The most difficult language in the world

This title is controversial, but many scientists are of the opinion that the most difficult for learning a foreign language is Basque. He does not belong to any language family, that is not akin to any known group of languages, even dead. That is, for a person of any nationality it will be difficult to grasp.

In the Guinness book of records as the most complicated languages named language Haida Indian tribe living in North America, the dialect of the Chippewa Indians, eskimo, Chinese, and Tabasaran, spoken by a group of people in Dagestan.

The most difficult languages from the point of view of writing

No doubt the fact that ideographic writing is harder to read than phonetic: that is difficult to study the system of hieroglyphics or ideograms denoting different concepts than the alphabet consisting of a certain number of characters that match the sounds. From this point of view, one of the most difficult languages can be called Japanese: the written language is not just a character, and still consists of three systems, two of which are phonetic. You have to learn huge set of characters borrowed from the Chinese (but unlike the Chinese, the Japanese do not bother to simplify writing a complex of ancient characters), and the syllabary of katakana and hiragana, and in addition, you need to determine in some cases what letter you want to use.

The Chinese language is hieroglyphic writing, so it creates some difficulties for learners.

The most difficult languages from the point of view of phonetics

The sound of the Japanese language, on the contrary, can not be called complex: it consists of a set of syllables that are very similar in pronunciation of Russian sounds, but can present certain difficulties for other foreigners. The Chinese language is more complicated: it uses those sounds that do not exist in many other languages of the world. From the point of view of pronunciation of Russian is also considered difficult: some of the sounds "p" and "s" are a lot.

But linguists call the most complex in the phonetics of the language of marbi – dead dialect of one Equatorial island nation, which used a Sizzling, roaring sounds, birds chirping and even priseljevanja fingers.
Is the advice useful?
See also
Подписывайтесь на наш канал