How to learn difficult Romani language

Today the ability to communicate in several foreign languages is very much appreciated. The languages are international languages (English, German, French). However, many people would like to learn some non-standard language, such as Roma. 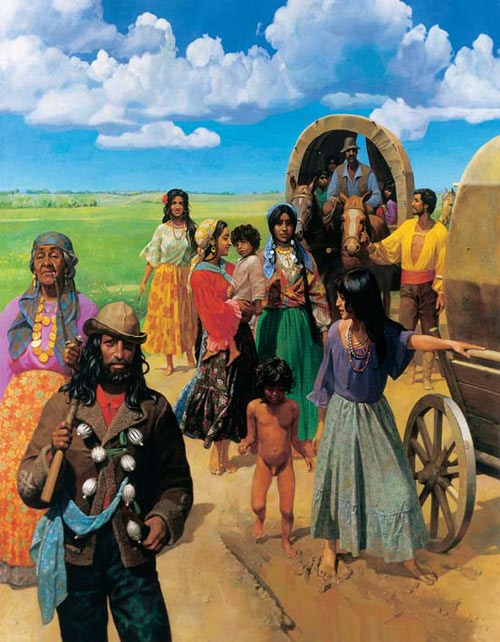 Related articles:
Instruction
1
Most languages is simple to learn. Scientists believe that to learn a foreign language in 2-3 months, if you want to communicate with native speakers, and in six months you will master the language almost perfectly. However, the Romani language in a number of foreign stands apart. Gypsies are special people with their culture, customs, and individual society. The main difficulty lies in the fact that the varieties of the Romani language a great many. And each community has its own unique dialect of the language. So before you take on learning the language, you need to decide what dialect you want to study. And then start to look for information.
2
In society there is such a situation that the Roma do not accept the Russian-speaking society and Vice versa. Basically Gypsy language possess the few Russian girls who marry Roma.
3
There are two main dialects of the Roma language, which are divided into smaller ones. Kotlyarska dialect is less studied, therefore, and materials on it are much smaller. The second dialect, Russian-Romani, better known. Some information about this can be found in the global Internet network. On the Internet there are foreign sites of Roma and about the Roma. Usually they are written in Latin Obezyanka language. As a rule, their language of Gypsies in speech is not used.
4
However, if you set a goal to learn the Romani language, find the Internet live journal, there is a blog for learners of Romani language. People on this blog share knowledge and those few pieces of information that I have. The Internet is dictionary kotlyarskii dialect. There are several textbooks of Romani that you will find online. You can also try to find forums where we communicate on a Gypsy – a kind of immersion in the language.
5
By the way, today the Romani language is undergoing a very strong assimilation with the Russian, so it is easier for other foreign. Although the learning of Romani language and is very difficult to exert the maximum effort, you will be able in some measure to master its basics.
Is the advice useful?
See also
Подписывайтесь на наш канал