Why the magnet attracts iron

A magnet is a body that has its own magnetic field. In a magnetic field there is some impact on the external objects that are close, the most obvious is the ability of a magnet to attract metal. 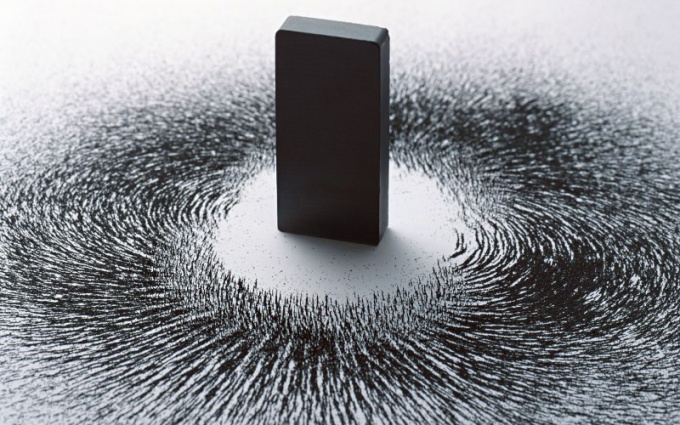 Related articles:
Magnet and its properties were known to the ancient Greeks, and Chinese. They noticed a strange phenomenon: for some natural stones attracted small pieces of iron. This phenomenon was first called the divine, used in rituals, but with the development of science it became obvious that the properties have quite an earthly nature, explained that for the first time, a physicist from Copenhagen, Hans Christian Oersted. It opened in 1820 some connection in the electric discharge current and the magnet, and that gave rise to the doctrine of electric and magnetic attraction.

Oersted, experimenting with a magnetic needle and the conductor, noticed the following peculiarity: the discharge energy is directed in the direction of arrow instantly it worked and she began to stray.

The arrow is always away from whatever side he came.

Continue multiple experiments with the magnet was a physicist from France Dominique Francois Arago on the basis of a tube of glass, wrapped metal thread, in the middle of this object he established an iron rod. With electricity, inside the iron began to dramatically magnetized, because of this began to stick to different keys, but it was enough to disable the category, and keys from falling to the floor. Based on the events of the French physicist Andre Ampere developed an accurate description of what is happening in this experiment.

Today it is obvious that it is not in miracles, but more than a unique characteristic of the internal structure of electronic circuits, which form the magnets. An electron that is constantly moving around the atom, forming the same magnetic field. Microtomy have a magnetic effect and are in full equilibrium, but magnets, their attraction to affect some types of metals such as:
- iron,
- Nickel,
- cobalt.
These metals are called ferromagnets. In the immediate vicinity of the magnet, the atoms immediately begin to reorganize and to form a magnetic pole. The atomic magnetic fields exist in an ordered system, they are also called domains. In this typical system are the two poles opposite to each other - North and South.

The North pole of magnet attracts South, but two of the same poles immediately repel each other.

Modern life without magnetic elements is not possible, because they are almost all technical devices, it and computers, and televisions, and microphones, and more. In medicine is widely used magnet in the examinations of the internal organs, with magnetic therapies.
Is the advice useful?
See also
Подписывайтесь на наш канал