How to make powerful electromagnet

To make a powerful electromagnet, take a good magnetic core, wrap it in an insulated conductor, and connect to the current source. The power of such an electromagnetand can be adjusted in various ways. 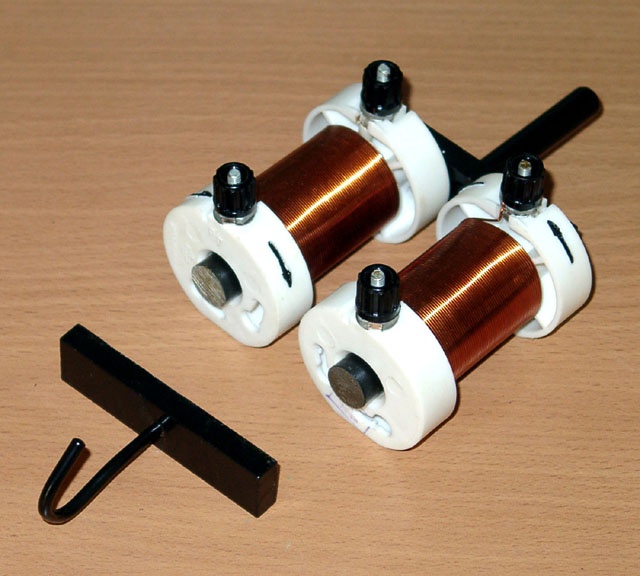 Related articles:
You will need
Instruction
1
Take a blank of electrical steel and carefully, turn to turn her wrap insulated copper wire. Wire take the middle cross-section in order to fit more turns, but at the same time not too thin, so he doesn't burn out from high current.
2
After that, connect the wire to the DC power source through the rheostat, if in the source there is no possibility to adjust the voltage. For such a magnet is enough of a source that emits up to 24 V. After that, move the slider of the rheostat at maximum resistance, or the controller of the source at the minimum voltage.
3
Slowly and carefully increase the voltage. This displays the characteristic vibration accompanied by sound, which you can hear in the transformer is normal. Be sure to monitor the winding temperature, since it depends on the duration of the electromagnet. Bring the voltage up to that value at which the copper wire will begin to heat up clearly. After that, cut the power and allow the winding to cool. Again turn on the current and through such manipulation to find the maximum voltage at which the conductor is not heated. This will be the nominal mode of operation is made , the electromagnet.
4
Move to one of the poles of the operating magnet body from the substance, which contains iron. It should firmly be attracted to the magnet nickle (nickle believe the base is a steel core). If the force of attraction is insufficient, take the cable with greater length and put the coils in several layers, proportionally increasing magnetic field. The conductor resistance will increase, and his adjustment would be needed again.
5
Magnet better attracted, take the core is u-shaped and wrap wire it straight - then the surface gravity and its strength will increase. To increase the force of gravity, make a core of an alloy of iron and cobalt, the conductivity of the magnetic field which is slightly higher.
Is the advice useful?
See also
Подписывайтесь на наш канал