Where to go in Moscow in the evening

Evening is the best time to relax. However, spending it at home in front of the TV is only in those cases when there are no other options. Luckily, in big cities and especially in Moscow, is to find these options easy. 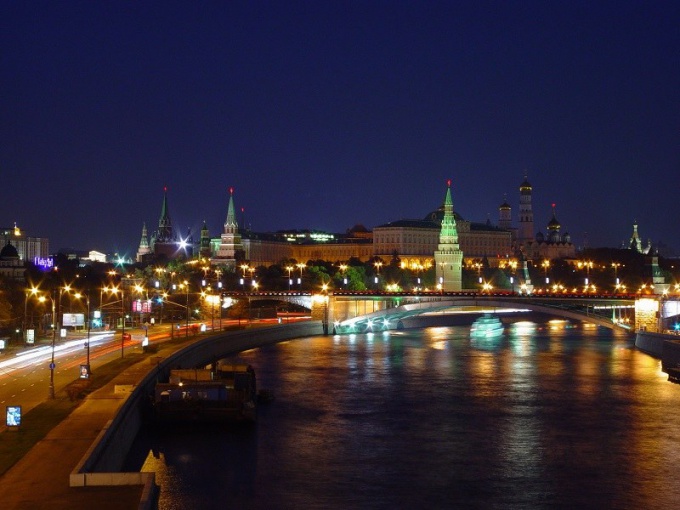 Related articles:
Instruction
1
For moviegoers Moscow provides the opportunity to watch a movie in the fresh air. Every summer in Gorky Park operates a summer evening cinema. To be more precise, cinema, open air is the screen and the wooden amphitheatre, which allows not only comfortable to sit, but to recline. Viewers get blankets and pillows, but if it's bad weather, and the raincoats. This theater can accommodate up to four hundred spectators. Screenings begin after sunset, a day twist two films. The repertoire of mostly festival cinema, Arthouse and something that does not show a mass cinema. Sometimes you can see an Amateur video.
2
Once a week the Moscow zoo closed after the official opening. Every Wednesday you can sign up for a lengthy tour with an experienced guide. The tour starts at eight in the evening. During the tour, visitors are lead on both old and new territory of the zoo, including the reptile house. However during one tour you will not see all, because is one and a half hours such a campaign will run all three, but you can sign up for two trips within a week. An evening trip to the animal a good lack of crowds in the alleys of the zoo, and many animals come alive at night, for example cat, so that at night they can be plenty to admire.
3
On Fridays and weekends from Lozhkovogo bridge in the late evening serving in small ships. Tour of Moscow-river at night is truly beautiful. Panorama of lighted multi-colored bright lights of the city will fascinate anyone.
4
In the Park-estate Tsaritsyno, you can learn how spent the evening nobles of the eighteenth century. By appointment is a program for small groups. It's called "Fancy evening Tsaritsyno". The tour includes a ceremonial welcome, a solemn walk through the palaces and the Park, and visitors are escorted by guides in authentic costumes. The walk ends with a dinner consisting of dishes according to the recipes of the eighteenth century to the accompaniment of a string Quartet. The program also includes viewing of the play, which two centuries ago was playing serf actors.
5
If you don't want to walk to late at night, many museums of Moscow once or twice a week working late. So you can enjoy the art of avoiding crowds. The Tretyakov gallery, for example, on Fridays and Thursdays until nine at night, and the Pushkin Museum in the same mode only works on Thursdays.
Is the advice useful?
See also
Присоединяйтесь к нам
New advices