Where to go in Moscow at night

Night city is an amazing and beautiful sight, fully applies to Moscow. Cafes, museums, tours will be interesting for visitors of the capital and its inhabitants. It's a fun way to see the city from a new perspective. 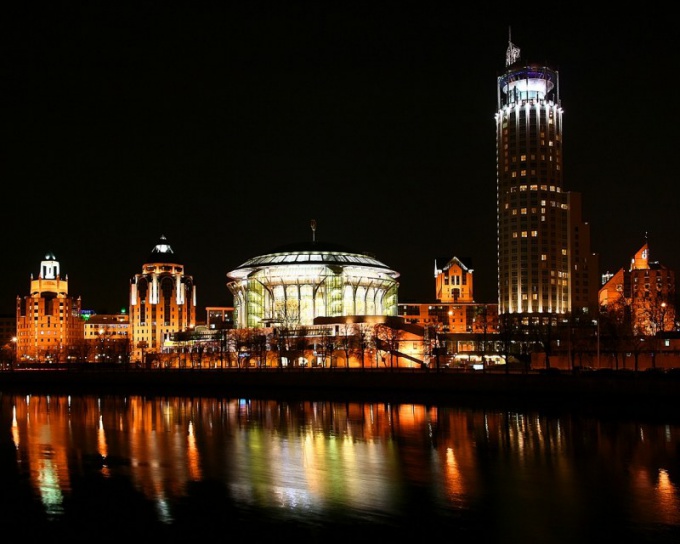 Related articles:
Instruction
1
One of the best ways to dispel the sadness in Moscow – to go to the movies, but not in normal session, and in the night. Now almost every theater has one or two night show. But the most popular night cinema can be called "October" in the middle of the Novy Arbat and the atrium near Kursky station. Last night shows start around two in the morning. And right next to the metro station "Arbat" in the cinema "Art" regularly spend entire nights movie, such events are usually devoted to some one subject, such as "the First films of Marilyn Monroe", "Unknown Tarantino" and so on. To buy a ticket to such a movie over the Internet or at the cinema box office.
2
Recent years Moscow have become increasingly popular antikafe, part of these establishments is open 24 hours. In such place you can play Board games or PlayStation, surf the Internet, chat to friends. Anticafe guests pay only for the time spent here, so you can be treated to free drinks or dessert.
3
At night you can look into some of the museums of Moscow, for example, "Bulgakov's house" offers walking and bus tours in the footsteps of "the Master and Margarita." Directly to the Museum on weekdays is open until eleven at night, and on Friday and Saturday until midnight. If you want to get acquainted with the night city, you can book a tour in the centre "Moscow Lights". They spend like a normal sightseeing tours and thematic. For example, "Moscow – the territory of ghosts" is a trip through the mysterious places of the capital, during which you can participate in the Sabbath in the garden of "Hermitage" and to learn a lot of dark secrets.
4
If you are alone, you can visit night party of Speed Dating, many people have seen in movies like a mini-date. The point is simple – men and women get to know each other a continuous stream, to communicate with each person given a few minutes, if you like, you mark it in map choice. If your interests match, the organizers of the party to inform you the data of the person, send him your contacts.
Is the advice useful?
See also
Подписывайтесь на наш канал