Where to go in Moscow to take a walk

The Russian capital, fortunately, does not suffer from a lack of entertainment, they are presented here in great abundance and for every taste. But the best option for everyday relaxation is a walk in one of parks of Moscow. 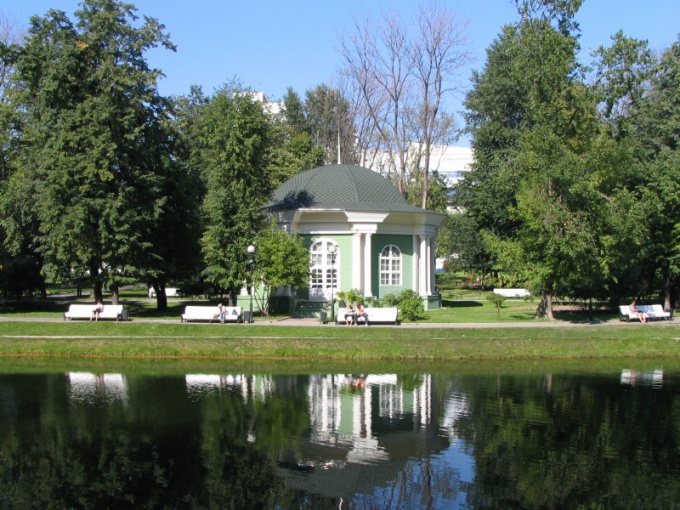 Visit the main Botanical garden of RAS, located near VVC. The Park has an exposure of plants, divided into geographical zones of the Caucasus, the European part of Russia, Siberia and the Far East, Central Asia; here you will find a garden plants that bloom only in the shade, Japanese gardens. The diversity of the landscape complement the small ponds, the river valley. Entrance to the Park is free.

Adjacent to Botanical gardens, Ostankino Park. It includes a well-preserved architectural monument of the XVIII century, the Museum-estate "Ostankino".

In Sokolniki Park, while regular events and various offices and other structures, you can easily find elk, not even going with any of the radial avenues. In the winter the track is filled with ice, turning them into a skating rink. The Park entrance is paid only on the weekends.

One of the largest parks in Moscow is Izmailovsky Park. It has diverse flora on its territory there are ponds and streams. It also has a Park of culture and recreation with the rides, ice skate rentals, boat station on a small circular pond.

Not inferior to the Izmailovsky Park area and natural-historical Park Kuzminki-Lublin. On its territory there are ponds with boat stations, streams, dams and beautiful bridges, green hills, beaches, amusement Park. In addition, you will see the "Park of the twelve rays," the manor Golitsyn, the annual "festival of flower beds" and the only preserved stretch of the ancient road, which the Russian soldiers went to the Kulikovo field. In the back of the Moscow estate of Santa Claus. In the centre there is a military equipment, standing on pedestals, paintball, karting, climbing frames.

Park named after the 850 anniversary of Moscow in Marino is a good place for a stroll. Located along the Moskva river, it has pier river buses, different attractions, sports, children's and pop sites.

On the territory of Tsaritsyno Park, is a Park is a good place for relaxing walks. A lot of people walking and reconstructed the Grand Palace, surrounded by beautiful flowerbeds, and a pond with a dynamically lit fountain.

Another Park, maintained in good condition, is "Kolomenskoye". On its territory there are Apple orchards, and temples of the 16th and 17th centuries, and well maintained paths and clean lawns. These places are reminiscent of untouched nature and types of bygone centuries. In winter you can skate with steep mountains on sleds, and warm easily in the nearby pancake houses and coffee shops. Kolomenskoye estate and Park of the 850 anniversary of Moscow river and connects route.

Bitsa Park is a big Park with small rivers, ponds, and streams.

Neskuchny garden and the Vorobyovy Gory — the neighboring parks on the slopes of the Moskva river. After watching the passing boats, you can go up to a small pond where swans float, and then the observation platform of Sparrow hills.

Silver forest – is a unique Park with a two hundred year old pine forest and many beaches, Bottomless lake and magnificent scenery.

Saturated current attractions, cafes and restaurants and the famous Gorky Park. It also has several ponds and is light and music fountain.

Alexander garden is small but interesting Park that gives the opportunity to relax on the lawn and in the center of Moscow. In some places there are large slopes. Sitting there, you can enjoy nature.

In one article, of course, impossible to describe all parks, so listed here are only the most famous of them.