Mosquitoes are common on Earth almost everywhere. They can be seen on the mountaintops and in the tundra and the tropics. The only exception is Antarctica and hot deserts too. A lot of anxiety these little blood-sucking insects bring to humans and animals. And that's where mosquitoes hide during the day and cold weather? Scientists have found out features of the behavior of these insects. 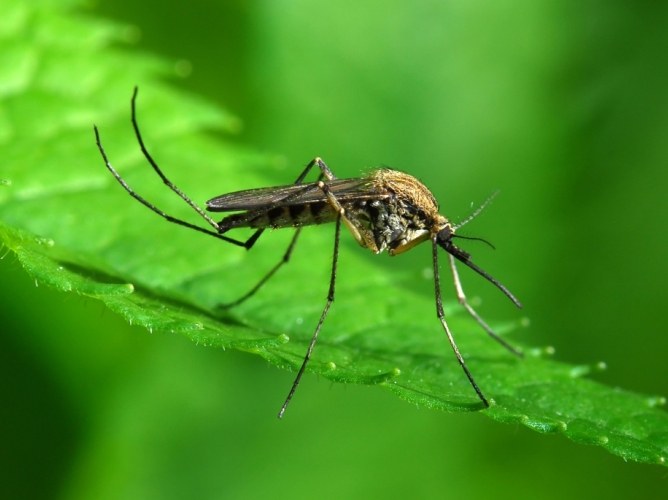 Related articles:
Instruction
1
It turned out that some mosquito species are very resistant to cold. For example, mosquitoes-Dergunov, inhabiting the Himalayas, are able to maintain activity even at a temperature of minus 16оС. These insects live in tunnels and crevices of the glaciers where dripping melted water. In their shelters mosquitoes lay their larvae, which feed on algae and bacteria.
2
In urban environments mosquitoes prefer to hide in basements and sewer systems. Recently the behavior of typical for cities of the mosquito-Piskun has changed significantly. Basement mosquitoes are happy now living in dirty water. Under normal conditions, the mosquitoes, creating a swarm where mating of females and males. Basement space for education Roy isn't always enough. Therefore, modern mosquitoes have adapted to mate outside of the swarm.
3
Wintering species of mosquitoes hiding in secluded places, such as under tree bark and in narrow crevices and folds of the soil. Gradual lowering of the temperature, the mosquitoes are transferred without any harm to himself, falling into a state of stupor. In search of a place to shelter mosquitoes can fly several kilometres. Insects often hide in vehicles, aircraft and ships, where the ability to wait out the time while navigating over very long distances.
4
In summer, mosquitoes prefer the day to take refuge in houses, hiding behind the rear wall of the furniture, in the folds of clothing or curtains, in cool and dark places. Closer to the night insects begin to show activity, which reaches its peak by midnight. Some species of mosquitoes are most active early in the morning.
5
The usual life expectancy of urban mosquito is two to three weeks, but under the right conditions, insects can live for much longer, giving life to several generations of their own kind. Mosquitoes breed near water sources, taking up puddles and boggy areas of land. About a week after laying eggs of them develop adult mosquitoes.
Is the advice useful?
See also
Присоединяйтесь к нам
New advices