Why mosquitoes bite some and not others

A warm summer night, many associated with mosquitoes, but rather with mosquito bites. Some suffer from them, but some like you are immune from them. It is therefore interesting to understand why some mosquitoes biteand others do not. 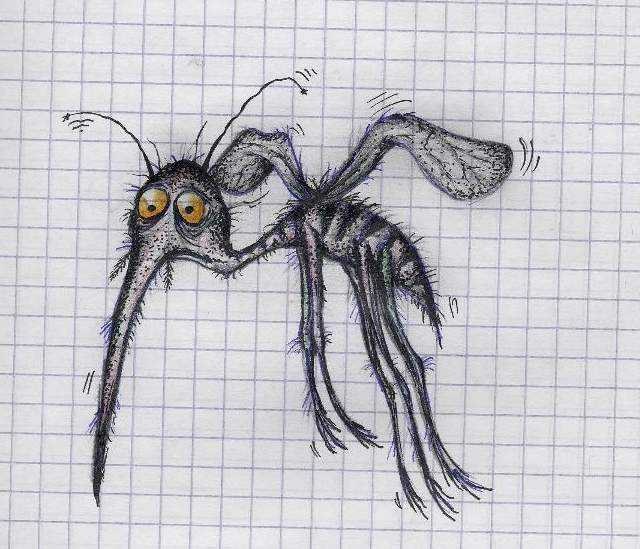 Mosquitoes see the world not as people. They are able to distinguish the body temperature of mammals with their eyes. The warmer the body, so it is more attractive to a mosquito. Therefore, people with frequent heartbeat body temperature is much higher, forcing the mosquito to regard it as a source of food. After sports or long walks, some people are unable to fend off mosquito attacks.

Mosquitoes have an amazing sense of smell. According to previously conducted research, mosquitoes love the smell of sweat. So sweaty and tired people will be much more tempting for a mosquito than fresh and not sweaty. For a mosquito to smell unwashed human bodies, so the short-term protection from these insects gives the adopted a shower as some time, the person does not exude any smell. Also human skin has a smell of lactic acid, which is very nice this insect. Do not forget about the carbon dioxide exhaled by man. He is the principal for selection by the mosquito location of his victim.

At one time it was believed that consumption of vitamin b repels mosquitoes from man, but it was denied by Cal Jensen from Aarhus University.

On the other hand, some unnatural body odors that scare away mosquitoes. The mosquitoes will bite human, heavily use deodorants and perfume, as this scent is not associated with the food source. Also some vegetable odors repel these insects, for example, the smell of juniper or pine needles. Most of the tools that mosquitoes repellent, based on the principle of the protection of smell.

Has been noted that drinkers often succumb to the attacks of mosquitoes. This is due to the fact that alcohol getting into the blood, causes heart activity to strengthen and the body odor to change. The smell does not leave indifferent mosquitoes. It is not surprising, if a drunk person asleep and in the morning wakes up with multiple mosquito bites on the body.

The person taking the drugs, the smell of the mosquito otherwise. There is a saying that the mosquito loves bad blood. The larger the bouquet exudes scents of human blood, the better it is for the mosquito. Especially nice mosquito blood taking heart medication.

Almost all insects, obeying their instincts, fly into the light. No exception and mosquitoes. There is therefore nothing surprising in the fact that to lit the fire or the included flashlight in the woods as actively flying these blood-sucking insects.
Is the advice useful?
See also
Присоединяйтесь к нам
New advices