It's summer and the little bloodsuckers are back on the hunt. Mosquitoes 30 million years hone their hunting skills, using your physiological sensors to find a victim. A few of the insects so tormenting to man and animals, like mosquitoes. 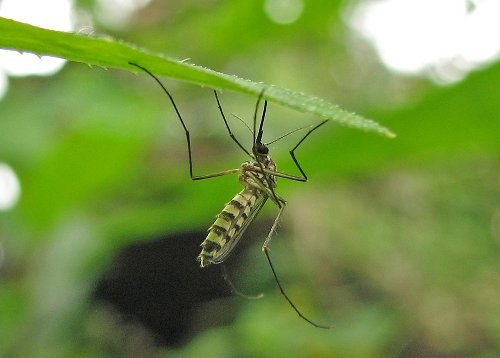 Males of all known species of mosquitoes feed only on plant food - pollen and nectar of flowers. They foraged sucking blood, just a nasty itch. But females without vampirism can't. They don't care who bite people or animals.


When the period of mating, females attract males characterized by a high sound. Mosquitoes pick up those sound vibrations with their antennae, choose females and the mating process. After fertilization, the female mosquito to breed the necessary blood. Even one drop of blood will give life to hundreds of mosquito eggs. And if the blood impossible to find females also temporarily become vegetarians, but in this case, can no longer lay eggs.


To suck blood, a mosquito pierces the victim's skin and before you get drunk, inject the substance, giving blood clotting. It is a foreign substance that stimulates the immune system of the victim and around the bite begins to develop swelling and itching.


Most worryingly, the mosquitoes do not only bite, but biting carry various dangerous diseases. Physicians and biologists consider mosquitoes culprits malaria, which is prevalent mainly in tropical latitudes. Malarial mosquitoes slightly larger than usual. It is possible to distinguish these bloodsuckers by the characteristic landing - they have the back part is heavily raised up.


The second group of diseases carried by mosquitoes, is caused by microscopic filamentous worms. Getting into the blood or lymphatic system, these worms cause blood clots, blockage of blood vessels, accumulation of lymph in the extremities - "elephant disease". Such diseases are common in Africa, Asia and South America. In addition, mosquitoes carry tropical and yellow fever, various encephalitis.


Probably many have noticed that some people even mosquitoes not flies. This feature people explain the poor health of lucky. Insects are often not associated with severe disease weakened people. Mosquitoes at a distance recognize the quality of the blood. So if you mercilessly bitten – rejoice the good condition of his body!