How to get to Bishkek

The name of the city occurs according to the legend, the hero Bishkek-Batyr, who had lived there in the eighteenth century. Bishkek — the city is ancient, the first primitive man appeared here in the V century BC. Naturally, they come here many lovers of antiquities and monuments of world architecture. 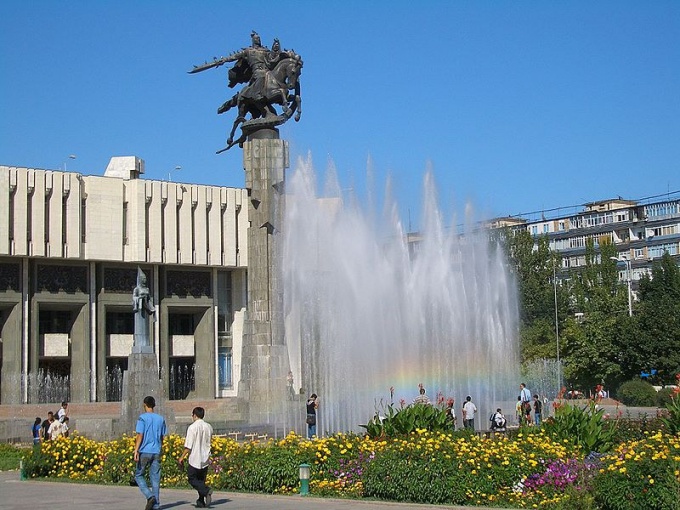 Related articles:
Instruction
1
The fastest and most comfortable way to get to a distant Bishkek is a plane. Fortunately, the flight "Moscow — Bishkek" enough. From the airport "Sheremetyevo" on this route fly Airliners airlines "All Italy", "air France" and "Aeroflot" and "Domodedovo" ply planes of airline "Kyrgyzstan", "Ural airlines", "PBX" and "Kyrgyzstan airlines". The time spent in flight is 4 hours and 10 minutes.
2
Those who are afraid to fly on an airplane, you can suggest to go to Bishkek by train long distance. Three times a week from the Kazan station of the Russian capital leaves the train "Moscow — Bishkek". In this embodiment, on the road to the capital of Kyrgyzstan will take 76 hours.
3
There is an opportunity to get to Bishkek and to the intercity bus. In the first case, the bus "Moscow — Bishkek" leaves from the area of three stations. And in the second case, the ticket to the capital of Kyrgyzstan you can buy on Shchelkovo the bus station. In both cases, the road to Bishkek is approximately 73 hours.
4
If you go from Moscow to Bishkek by car, it is first necessary to move on the highway M-5 Ural, passing the cities of Bronnitsy, Kolomna, Ryazan, Penza and Samara. After Uralsk and the passage of the Russian-Kazakh border you have to go on the highway A-300 via Aktobe, Taraz and Baikonur. After the Kazakh-Kyrgyz border starts highway P-33, which will bring to Bishkek. The road will be spent around 58 hours. But only if the tracks will not be accidents, congestion and traffic jams.
5
However, there is a second option. For this we need to move on the highway M-7 Volga through Volgograd, Kazan and Ufa. On the territory of Kazakhstan should go through the highway A-310 through Kustanai, Astana and Karaganda. And then hold the M-36, which will lead to the entrance to Bishkek. Here, however, it should be noted that the road surface on the territory of Kazakhstan is slightly worse than in the first embodiment. So it can take more time.
Is the advice useful?
See also
Подписывайтесь на наш канал