How to get to Yerevan

Yerevan most people associated with rare in its scope hospitality and magnificent natural views. That is why many Russian tourists though least once in life to visit Armenia. But to come to Armenia and see Yerevan is nonsense. 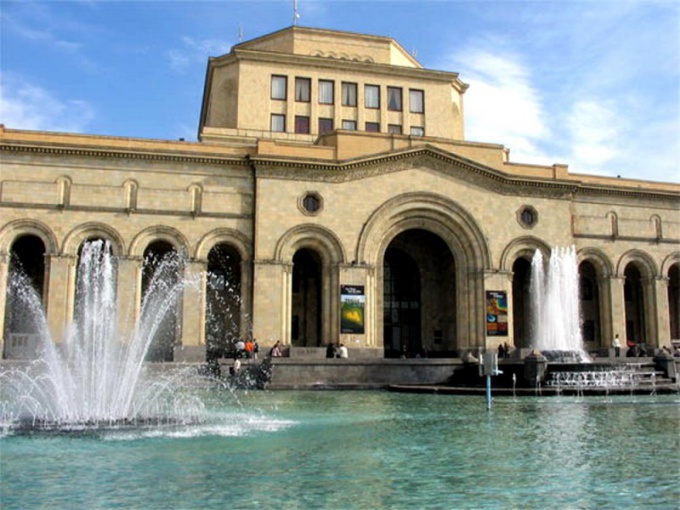 Related articles:
Instruction
1
The easiest and fastest way to reach Yerevan is by plane. From Domodedovo airport to the capital of Armenia fly Airliners airlines "S7" and "Transaero", "Sheremetyevo" planes "Aeroflot", and "Vnukovo" — aircraft "air Armenia". Flight time is 2 hours and 55 minutes.
2
On the long train to the capital of Armenia drive, as there is no direct message. But to Yerevan can be reached by comfortable buses, which have many years of travels on this route. Flights go to the capital of Armenia times a day from the Kazan station of the Russian capital. This road will take time around 50 hours.
3
The second option is travel by bus is to leave from Kursky station. From there, the flight goes twice a week and in winter, generally once in two weeks. Travel time will be around for a couple of hours shorter, but the buses in this case are not such comfortable.
4
There are brave souls who dare to embark on a journey to Yerevan by car. It is necessary to go along the routes of the M4 don and R-217 Caucasus through Voronezh, Rostov-on-don, Nalchik and Vladikavkaz. Then the path lies through the territory of Georgia, and only after that the traveler gets to Armenia, and then to Yerevan. Along the way, if you do not stop to rest, approximately 35 hours. And yet — going on a journey by car, it is necessary to note that the quality of roads in Armenia is much worse than in Russia. So what can be sudden failure.
5
Those who don't want to go through the territory of Georgia, may, moving along the routes of the M4 don and R-217 Caucasus, to make a 300-kilometer detour to get to Yerevan through the Republic of Dagestan and Azerbaijan. But this way has one big disadvantage — constant clashes with the employees of the Dagestani traffic police. So if you want a calm road, it is necessary to use the first option.
Is the advice useful?
Подписывайтесь на наш канал