How to get to Krasnoyarsk

Krasnoyarsk – Russian million-plus city, which became known worldwide in connection with outlined in this Universiade-2019. All who wish to attend this exciting event just need to know how to get to Krasnoyarsk. 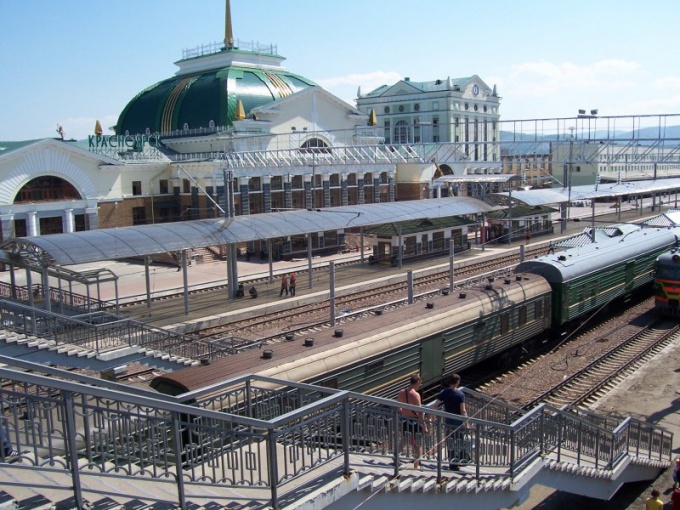 Related articles:
Instruction
1
Daily in Krasnoyarsk buses arrive from different cities of Russia, which can be used by potential guests. Krasnoyarsk bus station receives buses from Tomsk, Kemerovo, Novokuznetsk, Barnaul, Blagoveschensk and Abakan. Fastest bus in Krasnoyarsk can be reached from Abakan, the journey time is just over 7 hours. Also, there are intercity bus "Moscow-Bishkek", the journey time is about 16 hours.
2
If the traveler has his own car, he can use it and get to Krasnoyarsk. It is the capital of Krasnoyarsk territory is the point at which the Federal highway M53, which connects Novosibirsk, Krasnoyarsk and Irkutsk, is divided into two: М54, which follows from Krasnoyarsk to the state border with Mongolia through Kyzyl and Abakan, and Р409 ("Yenisei tract), which links the regional capital to the Yenisei and Lesosibirskiy.
3
Since Russia is quite well developed rail transport, anyone can use its services and to reach the capital of Krasnoyarsk region. Krasnoyarsk has a direct rail connection with Moscow, Saint-Petersburg, Chita, Chelyabinsk, Novosibirsk, Omsk, Anapa, Irkutsk, Perm, Adler, Ulan-Ude, Yekaterinburg and many other Russian cities. In addition, through the station Krasnoyarsk are three international trains - №№ 003 / 004 is the "Beijing-Moscow", No. 005/006 "Ulan Bator-Moscow", №№ 019/020 "Beijing-Moscow". Recently via Krasnoyarsk pass train to Tommot – the most extreme passenger station on the under construction railway line to Yakutsk.
4
In Krasnoyarsk there is also the Yemelyanovo airport, which enjoys daily a large number of tourists. In the capital of Krasnoyarsk territory, you can fly by plane from Anapa, Vladivostok, Yekaterinburg, Kazan, Moscow, Nizhnevartovsk, St. Petersburg, Sochi, Khabarovsk, Yuzhno-Sakhalinsk and many other Russian cities. In addition, from Krasnoyarsk flights are regularly carried out outside the Russian Federation in Antalya, Bishkek, Astana, Phuket, Naples, Tunis, Seoul, etc.
Is the advice useful?
See also
Присоединяйтесь к нам
New advices