How to wear wedding rings

Due to some discrepancies in the traditions of marriage in Europe and in Russia, sometimes there is a confusion on which hand to wear engagement ring what to do with an engagement ring after the wedding, how to be widowers. 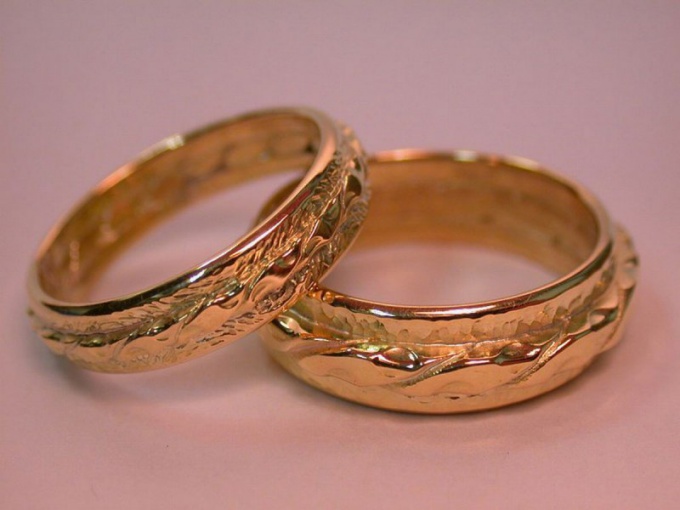 Related articles:
Instruction
1
The engagement ring wears a newly-made bride into the hand of his beloved, when a proposal of marriage soon took place, and was received a positive response. Unlike a wedding, this decoration, usually decorated with inlay of precious or synthetic stone and has a very uncluttered look.
2
Interestingly, the decoration that gives the groom before the wedding, usually more expensive than what you will be wearing during the ceremony. The engagement ring is worn on the ring finger of the right hand, where in body the registry office after be dressed the main symbol of marriage. If wedding rings are often made steam rooms for the bride and groom, engagement wear, as a rule, girls only.
3
After the wedding Catholics and Muslims often wear wedding rings on the ring finger of the left hand, we put them on the right hand. It depends not so much from religion, but from the prevailing customs of a particular country. Since ancient times it is believed that the left hand is related to the heart. However, if young people want after the marriage ceremony, place them anywhere, even on the chain, as are Gypsy, but on the ZAGS will have to follow the rules.
4
If engagement and wedding rings are a pair, the woman after the wedding can wear them on one finger. But if decoration done in a completely different style, one is better to remove. In many families the engagement ring inherited, especially if previous marriages were successful.
5
Wedding ring used during the wedding ceremony in the Church. In our days they often do engraving with the names of husband and wife and wedding date. Wedding rings do not necessarily have to be gold, it can be a simple silver product of the "save and protect". Wear them on the left hand. It is believed that the wedding ring helps the woman during childbirth, so many take them with you to the hospital.
6
After the death of a spouse to wear a wedding ring is not required, but if the widow or widower wants in such a way to preserve the memory of the second half, you can not remove it. Usually the decoration disguised on the opposite hand, that is, on the left we have and on the right in Europe.
Is the advice useful?
See also
Присоединяйтесь к нам
New advices