The rings on the fingers and their significance

A ring that a man wears, it has its value. For someone is a mascot, for others a way of expression and just a fashion accessory, for others — the opportunity to present their social status. Despite this, the location of rings on your fingers can affect the bioenergy of a person and to have a connection with his character. 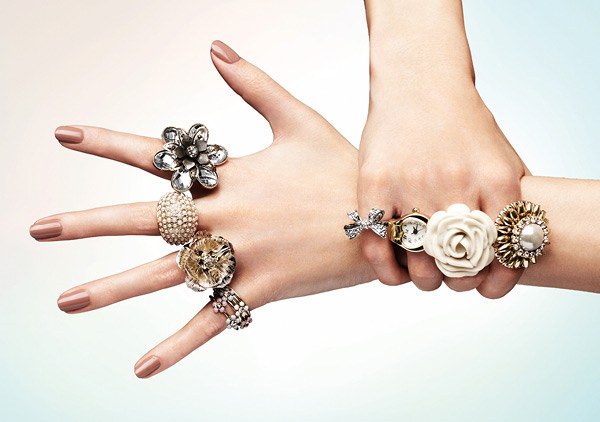 The value of a particular ring was given back in ancient times. The intentions and personal qualities of the person recognizable by the decoration on his finger. According to etiquette, had to wear a ring on a certain finger. This tradition persisted until the twentieth century.

The ring worn on the index finger, meant readiness for marriage. It symbolized also search the second half. If the decoration is worn on the middle finger, it pointed to the experience in romantic relationships. And people did not hide this fact, and exhibited for all to see. The ring on the ring finger means that there beloved half. Decoration worn on the little finger, told people about the lack of love in human life. The owner of the ring was ready for a little fling and not a serious relationship.

The value of the rings in the XX-XXI century

If a person wears a ring on his thumb, he is undoubtedly the leader. And no matter which hand is wearing the ornament — right or left. The owner has used to achieve their goals. Such a person is stubborn, energetic, aggressive, ambitious. He likes to be the center of attention.

People who prefer to put a ring on middle finger, confident. They have charisma. Considering himself a special people doesn't worry about the opinions of others about yourself. He believes in the progress of its development. Others understand that this person has a sense of self-esteem.

Extraordinary personality, prone to adventures and experiments, is the decoration on the little finger. In relation to the female sex, this means the variability in nature, flirtatious and flirting with more than one member of the opposite sex. In men, the ring worn on the little finger says about their tendency to establish new contacts, shows love for diplomacy.

A separate story can be told about the rings on the ring finger. These people have a balanced and calm nature. They are able to trust others and believe in yourself. People whose rings adorn the fourth finger, there are well-established principles and their opinions. They don't want to stand out among the others.

If the ring finger wearing massive and extravagant ring, this indicates expressive, extraordinary personality. Such people are able to turn the routine into vivid emotions and fun. However, the holders of such rings suffer from mood swings.

Speaking generally about people putting on the decoration on the ring finger, it is the person not indifferent to art and beauty, with a delicate taste, with a passion for the delights and creative by nature.
Is the advice useful?
See also
Подписывайтесь на наш канал