What questions to ask guy

A young girl, inexperienced in relationships with the opposite sex, I don't know what to talk about on a date with a guy. One of the best ways to start a conversation, maintain it and develop is to actively ask. 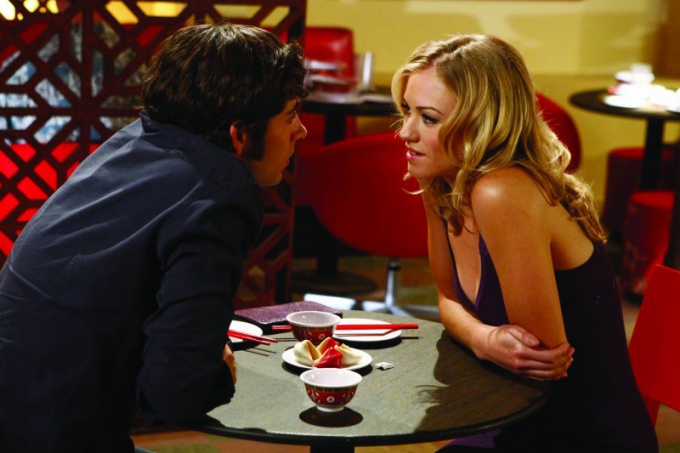 Related articles:
Instruction
1
On a first date, try to know more about the personality of the guy. Ask what kind of music he listens to, what movies is watching how the game plays. Ask about how he spends his free time. Be interested in this, read more ask about his Hobbies. Ask about his work, his profession, about the study. This theme can be opened by asking clarifying questions. Just don't ask about that you really not interested. For example, about fishing. It will put you in a funny and awkward situation.
2
Guy don't ask tricky questions. For example, regarding the possible marriage and leadership in the relationship, about his former girlfriends. Ask about the parents and family relationships on the first date is premature. This is an allusion to the fact that he introduced you to a father and mother. And for this you need to make a relationship formed, that the guy was ready for this responsible step. And about brothers and sisters you can ask already on our second date. Not yet formed a trusting relationship between you, don't ask me anything about sex, about money, about family secrets.
3
Try to come up with interesting questions. Ask about animals and attitudes toward them, about fashion and style, about aliens, about belief in magic. Ask about what he will do in unusual situations. For example, if you find yourself on a desert island. Questions about how the boy understands the concept of "love", "marriage", about his future plans ask carefully. And some time after you met. Also don't ask prematurely about your relationship. Guy should be given time to understand whether he loves you or not.
4
Try not to ask mundane, everyday issues that are often heard in conversation: "How are you? How was work? How are your parents?". They are annoying. Don't ask questions that can be answered in one word or in one sentence. Ask so that the answer of the guy was the beginning of an interesting conversation. Don't ask rhetorical questions that you know in advance that the guy does not want to answer. Don't ask the same questions during each call each other. For example: "where are You?". After a while they will also irritate the guy.
Is the advice useful?
See also
Присоединяйтесь к нам
New advices