What payments are put to servicemen

Soldiers performing contract service, and entered military service from a stock if moving to another residence (on the territory of a foreign state or in another town) are entitled to various cash compensation and payments. 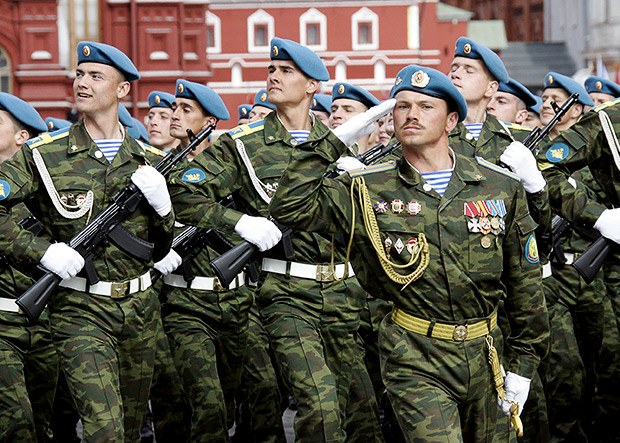 Related articles:
Instruction
1
The main thing is mobility allowance. It is one salary cash allowance for the soldier, and one chetvertoy salary cash allowance for each family member, if they also change their place of residence, having moved to the place of service of the soldier or any other settlement located near a place of military service.
2
The amount of resettlement allowance the soldier is calculated based on the salary on the military position, which he receives from the date of dupline in the performance of their military duties. The amount of the same benefits for other family members is calculated from the same salary. If a particular member of the family moved to a new location of residence simultaneously with the military, he pays a moving allowance calculated from the salary salaries of the soldier in the position which it occupies at the time of arrival in the locality of the person. Mobility allowance to family members of a soldier is paid only after their registration at the place of stay.
3
Also the serviceman and his family members are entitled to the reimbursement of per diem expenses. They are paid for each day spent travelling to the new place of residence in an amount which will establish the Government of the Russian Federation for military persons on official travel.
4
In addition to the per diem and subsidy payments, and the military also rely: the monthly allowance for cool qualification amounting to 30% of salary; allowance for special conditions of service, limit the amount of which increased by 100%; an incentive award of up to three salaries annually for the effective and faithful performance of military personnel of their duties.
5
If a soldier dies on duty, his family gets a lump sum payment, which amounts to 3 million rubles. This payment is divided equally to each heir of the deceased soldier. If the serviceman shall be subject to dismissal as a result of their injury or disability during service, he is entitled to a payment in the amount of 2 million rubles.
Is the advice useful?
See also
Присоединяйтесь к нам
New advices