How to get to Khanty-Mansiysk

Khanty-Mansiysk is the administrative capital of the homonymous Autonomous district, which is one of the leading centres of Russian industry. Now this city has a population of about 90 thousand people, and the number of the local population is increasing annually. 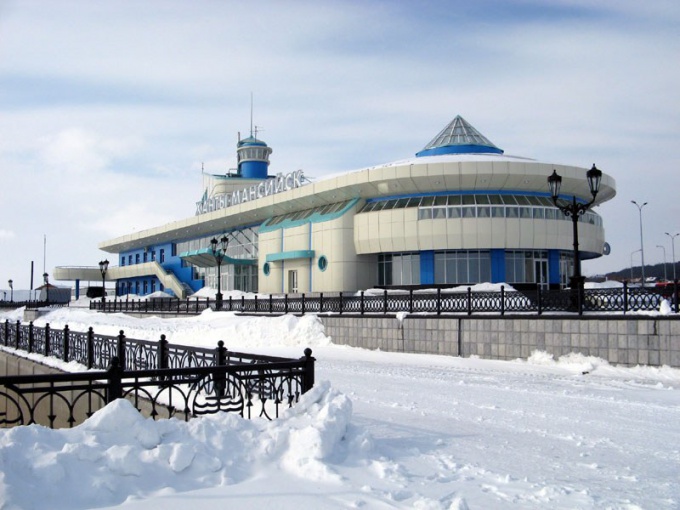 Related articles:
Instruction
1
The easiest way to get to Khanty-Mansiysk, which is sometimes called the capital of Yugra, with the help of the aircraft. In the city operates the airport, which in 2004 received the international status, here there are flights from Moscow (Vnukovo, Domodedovo), St. Petersburg, Tyumen, Yekaterinburg, Omsk and other Russian cities. In summer there are flights from Voronezh, Anapa, and Sochi. On the flight from Moscow to Khanty-Mansiysk, the traveler will take about three and a half hours.
2
In the capital of Ugra also has a bus terminal serving intercity and regional routes. Khanty-Mansiysk has a direct bus connection with the Omsk (1 flight daily) and Surgut (5 flights daily). Travel time from Surgut to Khanty-Mansiysk bus is about 5.5 hours. The city also has a bus station that serves only flights from Nizhnevartovsk to Khanty-Mansiysk, Megion. The journey time on this route is 10 hours. Thus, from Moscow, you must first get to Omsk, Surgut and Nizhnevartovsk, and already there take the bus to Khanty-Mansiysk.
3
Railway communication in Khanty-Mansiysk is missing. The nearest passenger station is Pyt-Yakh related to the Sverdlovsk railway. From Moscow you can reach it by train No. 109 "Moscow – Novy Urengoy", at the way the traveler will have to spend 38-40 hours. Also, this station has direct railway communication with the Novosibirsk, Kazan, Volgograd and other cities of Russia. In Pyt-Yakh traveler will need to transfer to an intercity bus to Khanty-Mansiysk, on the road to the capital of Yugra will take about 4-4.5 hours.
4
Owners of vehicles unable to reach the capital of Yugra, using the P404 road "Tyumen-Khanty-Mansiysk". So, when traveling from Moscow you can take advantage of the European highway E22, which starts in Holyhead (Britain), and ends in the city of Ishim (Tyumen oblast). When arriving to Tyumen, the tourist will be able to turn on P404 and get to Khanty-Mansiysk.
5
In the summer to get to the capital of Ugra is possible with the help of river communication. During navigation the river station of Khanty-Mansiysk, located on the Irtysh river, serving long-distance flights from Omsk, Salekhard, Tobolsk and Surgut. Passenger ships depart from Surgut and Tobolsk daily, and from Omsk and Salekhard - once in two days.
Is the advice useful?
See also
Присоединяйтесь к нам
New advices