How to get to Uglich

Uglich is one of the most beautiful cities, set on the Volga. The city attracts tourists and lovers of history. There are a lot of monuments of ancient Russia. There is a very beautiful monasteries, the remains of ancient fortifications. 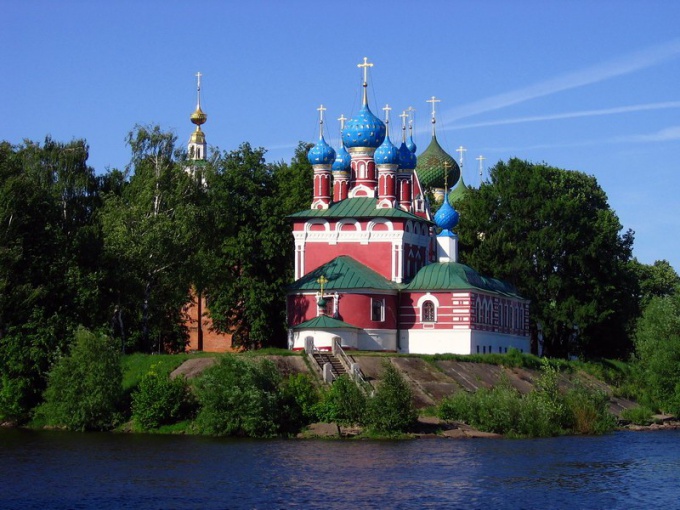 Related articles:
Instruction
1
Uglich near the airport there. The nearest is located over 90 km in Yaroslavl (Tunoshna). Therefore, it is most convenient to reach by road. The town can be reached in the recently launched train "Moscow — Uglich", three times a week leaves from Belorussky railway station. The way to the station "Uglich" will take 6 hours and 20 minutes.

There is also the option to get to Uglich with a connection. For this we need to take the train "Moscow — Rybinsk", which also goes with the Belarus station to station "Sonkovo". And then from the stop "railway Station" or by bus №24 or by taxi, drive to the town of Uglich. It is clear that the transplant will affect the time and the way in total will take not less than 7 and a half hours.
2
As for buses, there are more options. You can go by flight "Moscow — Uglich" from the metro station "Botanical garden", it is possible to make the same flight, sitting on the bus at the station of the metro "VDNKH". You can also drive to Uglich from the Shchelkovo bus station. In all three cases, the road will take 5 to 7 hours. It all depends on traffic and number of traffic jams when leaving the Russian capital.
3
Convenient to go from Moscow in Uglich on the car. Need to leave Moscow on highway M8 "Holmogory" and go in the direction of Sergiev Posad. Prior to Sergiev Posad at the fork turn left on the Moscow highway, and 12 kilometres left again on Novouglichskoe highway, then go along the road P-104. After 150 miles on R-104 to go right on the Rostov highway. After passing through the Rostov highway two and a half kilometers, the car will arrive in Uglich. The trip will take at least 4 hours.
4
There is a second option of travel from Moscow in Uglich on the car. Have to go to Dmitrov highway, which after a few miles, gradually moving to the highway A104 and go to Dmitrov. In Dmitrov to turn to the city Taldom and go on the highway A104 in the direction of the village of Kashongi. Then turn right to Spas-Ugol, and then go on the road Р104 in the direction of the city Kalyazin. After Kalyazin along the same highway to reach the town of Uglich. This way, if there are no big traffic jams on the outskirts of Moscow, will not take more than 3 and a half hours.
5
There is another way to get to Uglich is a river cruise on the Volga. From the Northern river station of Moscow during the navigation the ship departs, which makes it to Uglich for 12 hours.
Is the advice useful?
See also
Присоединяйтесь к нам
New advices