How to get to Sergiyev Posad

Sergiev Posad is the largest center of Russian Orthodoxy in the European part of Russia. Every year the city is visited by thousands of tourists and pilgrims, fortunately, it is easy to reach from Moscow by public transport. 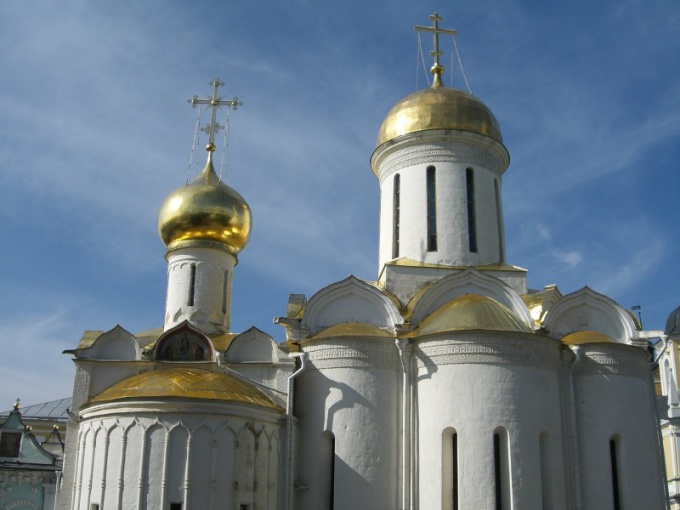 Daily from the platform of the Yaroslavl station in the direction of Sergiev Posad goes more than 50 trains, including those that go to Alexandrov and of Balakirev. The first leaves at 5 am and the last at almost midnight. Journey time is about an hour and a half. This way to get to Sergiev Posad has two advantages. First, the journey starts from the center of Moscow, and, secondly, delays unlikely that trains run on schedule. To specify the time of departure of trains on the official website of Russian Railways.
2
Express

This form of public transport is a fast train. Sergievsky Express makes only one intermediate stop in Pushkino and goes for one hour. Twice a day are high-speed trains with five intermediate stops, but the journey to them takes only a few minutes more. The fare is about one and a half times higher in comparison with conventional train.
3
Buses

You can go from the metro ENEA. On the Avenue leading to the exhibition center, you would find the stop of bus number 338 to Sergiyev Posad. Departing every 10 minutes. The journey time will be half an hour, during peak hours, possible delays due to traffic jams on the road from Moscow in Mytishchi and Pushkino district. In the city bus does stop at the Factory, Vorob and Cooperative the streets.

From the Shchelkovo bus station buses to Kostroma, Uglich and Rybinsk. They make an intermediate stop in Sergiev Posad on the bus.
4
Car

To get to Sergiev Posad by car, you must leave Moscow on the Yaroslavl highway and move about 40 km after the intersection with the ring road, anywhere without turning. After the turn of Radonezh and the exaltation of the cross, must be careful, however, interchange the Yaroslavl highway, with a branch in Sergiev Posad to see fail. After it you need to go about 15 km, near the town the road becomes the Moscow highway and enters the Avenue of the red Army.
Is the advice useful?
See also
Присоединяйтесь к нам
New advices