Which train goes to Belgorod

Belgorod is a city located in the South of Russia and is a regional center of Belgorod region. The distance from Moscow is 700 km, 40 km from the border with Ukraine. Train station — the transport hub of the South Eastern railway of the Russian Railways. 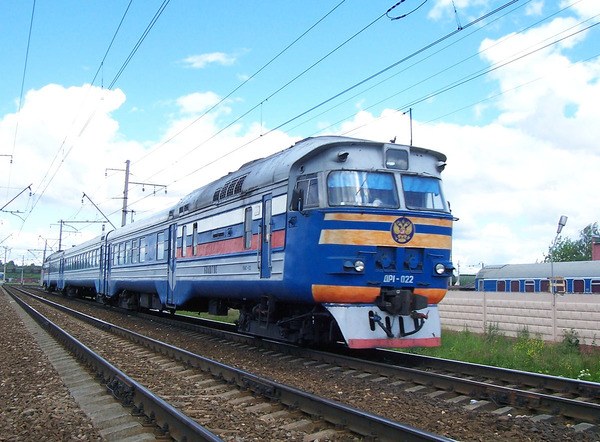 To Belgorod from Moscow 071В there is a train that departs daily from the Kursk railway station at 21:25. The train passes the railway station to cities such as Tula, Orel, Kursk, Solntsevo, Pristen ' and Prokhorovka. In the Belgorod transport arrives the following morning at 06:50. Thus, the travel time is 9 hours and 25 minutes. Tickets for reserved seats in the middle can be purchased for 2100 R., coupe — 3,000 R.

From St. Petersburg on even days of the calendar there is a train 081М. He starts off in 15:47 with the Moscow station, which is located on Nevsky prospect, 85. In Belgorod arrives the next day at 10:30. The journey time between the cities is 18 hours 43 mins ticket Price starts from 2300 RUB.

Also on even days the train goes 123Н from Novosibirsk to Belgorod. From Novosibirsk train station the train departs at 12:40 local time. On the way stop at Barabinsk, Omsk, Petropavl — Kazakhstan, Chelyabinsk, Ufa, Samara, Penza and Voronezh. At the destination the train arrives on the third day at 09:50. As the road is long, a ticket for a reserved seat costs about 5500 p.

From the Ukrainian city of Kharkiv every day except Thursday, there is a train 816Д. Departs from the start point at 08:20 and arrives at 11:15. Additionally, on Fridays and Saturdays there is a train 818Д, which gets under way from Kharkiv train station at 14:30.

Train station in Belgorod is located at Vokzalnaya street, 1. The station building was built in 1870. From the station depart trains to the Ukraine — in Donetsk, Mariupol, Zaporozhye, Ukraine, to the Caucasus — Anapa, Adler, Novorossiysk, Kislovodsk in the Crimea in Evpatoria, Kerch, Sevastopol, Feodosia, Simferopol and the Central region — in Moscow and St. Petersburg.

In Belgorod transit trains can be reached from the cities of Perm', Nizhniy Tagil, Cherepovets, Arkhangelsk, Smolensk, Voronezh, Kirov, and Murmansk. Between Moscow and Belgorod runs train "Belogore No. 71/72". When the train departs the station plays a March "Farewell of Slav" and the return of the team from Moscow — the anthem Belgorod.
Is the advice useful?
See also
Показать еще
Подписывайтесь на наш канал