Allocation and transfer of objects from one image to another is the main element in creating photo collages. With it you can easily replace the background from a photo or make an interesting installation. 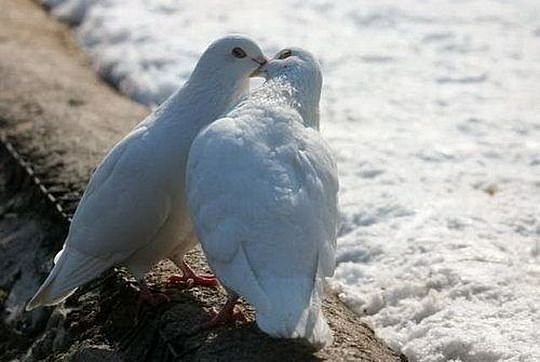 Related articles:
Instruction
1
Select the image from which you want to cut the object, and open it in Adobe Photoshop using the command File – Open.
2
Zoom the image if it is too small, with a magnifying glass. Adjust image color balance, brightness and contrast. Then select the Pen tool (the Pen tool).
3
In the top status bar you will see three boxes. Select the medium box with a pen.
4
Now on the border line between your subject and the background set point. Gently start to trace all the object points. Line, which in this case is movable – hold down mouse button and drag it – so it will be easier to trace the object. Below the picture stood out as accurately as possible, zoom in the image. Try to move exactly on the border of the object. Don't forget to circle the inner zone in this case is the area between the left foot of a pigeon and the body of the right and the triangle of the background between their heads. When you walk around the entire facility, put the pen to the starting point.
5
Around the object to form a continuous grey line. Now click on the right mouse button and from the drop down menu, select Make selection.
6
Around the image will appear shimmering dotted border. Now open another image to which you want to migrate the object or create a new document (File - New...). Then with the mouse drag the selected object to another document.
7
If necessary, adjust the size of the object.
Note
There are other ways of selecting objects, for example, using the Magic Wand tool or mask layer. But this method is ideal for highlighting small objects, especially if you are a beginner in photoshop. But remember that too much detail, such as hair or fur of animals, this method will allocate enough hard.
Is the advice useful?
See also
Подписывайтесь на наш канал