How to make outline in photoshop

What is the outline in Photoshop? This is a utility object that is used to build and maintain the allocation of exact forms. In addition, the contours can be used as masks or outlines trim. As each circuit consists of reference points, which are joined together segments. 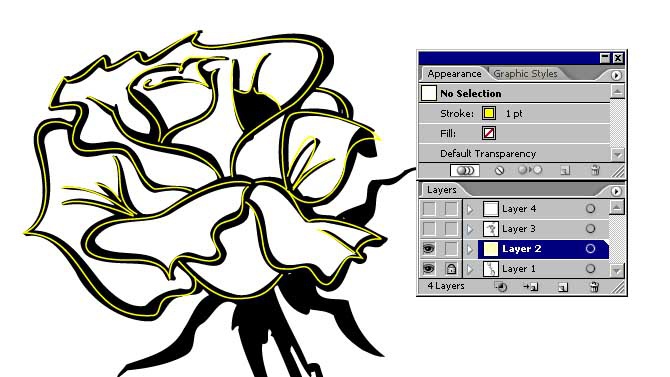 Related articles:
Instruction
1
The simplest is the linear contour. To build, select the Pen tool. Click on the place from which we start to build the circuit. We have created the first of the nodes in the form of a filled square. This means that this node is active. The second click, we create the second node and the segment connecting them. So we build as many nodes with the contours as we want. Closes the circuit, putting the pointer to the first node. If the path we need open, press Ctrl. Then, hold Ctrl, click on anywhere on the screen except for the outline. If we need to add to the already-built open loop multiple nodes, simply click on the point of the beginning or end of the path and add the nodes.
2
A curvilinear contour is built with the same tools, and straightforward. Build the first node, then, without releasing mouse button, drag the pointer a little. Control lines which govern the curvature of the segment will stretch from us with the reference point. Put the second node and repeat the operation, then put the third node and so on. So we can make a contour with smooth curves of each of the segments. The reference point can be moved by holding Ctrl and moving the reference point to the new location. Closes the contour.
3
Free the path. To do this, select another tool, called freeform. With this feather you can already draw the shape of the contour, and not the position of its control points, which are then set automatically. The shape of the contour draw as well as Paint E. everything is simple. To the shape of the contour was not broken, set the smoothing parameter that can be set by opening the task pane tool drop-down list to select the value for option "Offset". To continue the path by clicking the mouse button on its end or starting point.
Useful advice
During contour editing you can delete, add nodes and do some other operations using context menu. And the menu is opened when you click the RMB on the contour. In this case, the build tool or contour editing must be active.
Is the advice useful?
See also
Присоединяйтесь к нам
New advices