How to make premium outlets

If your pet is a permanent participant of various competitions and exhibitions, sooner or later you will have to acquire an accessory for his awards and medals. Premium outlets – accessory, which, of course, have to be exclusive and to emphasize the originality of your pet. It is therefore necessary to be able to do them yourself. Manufacturer of premium outlets – not so complicated process. Connect all their imagination, practice to gain some experience, and you are the master! 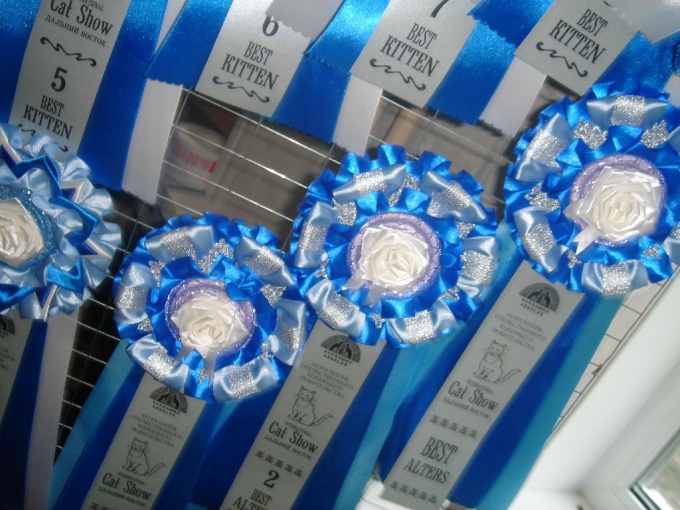 Related articles:
Instruction
1
Premium outlet with your hands better be made of satin ribbon. Take several varieties of tape for the corners wider (4-5 cm), for the rest of the fit is more narrow (2.5 cm). The colors of the ribbons, pick up bright but combined with each other to premium outlet did not look ridiculous.
2
For the base sockets of cardboard cut a circle of the desired diameter. The larger the diameter of the socket, the less you do the folds and Vice versa. Box pleat drop first from the wrong side, and then from the front, not forgetting that it should be overlapping about half a centimeter.
3
To start, lay the tape by 1 cm so that the wrong side was found. Then lay the tape on the wrong side, but only on the side where the long end of the ribbon. After that the tape will lay on the front side and alternate laying the folds. Repeat these steps until, until the length of the folded strip will not be equal or slightly exceed the diameter of the cut circle.
4
To make the matching of two edges of the tape is less visible, the last fold will lay on the front side and cut in 1 cm after the bend. All the folds and pull the thread so they did well. Extreme fold neatly embroidered and put the end of the tape to its beginning, to produce the matching. Again lay the fold, as it was originally, and sew the ends. You should get the outlet, which is later sewn to the cardboard.
5
Before you sew the socket, pierce the cardboard in the inner circle at approximately equal intervals. This is done in order to see both sides if it's even sewn rosette in a circle.
6
The socket sewn to the cardboard of the inner seam of the ribbon. After that glue the loops and tails. Also hide all the seams, which stick on the wrong side of one circle from drawing paper or colored cardboard. In the middle of the socket stick the logo of the exhibition by filling the void created between the tape, a circle of corrugated cardboard.If you have a large socket, make a few small and put them on one another.
Is the advice useful?
See also
Подписывайтесь на наш канал