How to calculate North retired

You have decided to learn, how will your pension, or check the calculations of the pension Fund. If you often your work has to reside in the far North and equivalent areas, your pension is increased by the quotient of the district. 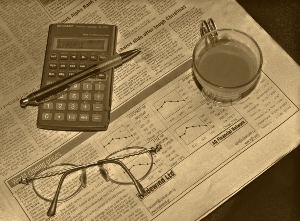 Related articles:
Instruction
1
The classic formula by which the Pension Fund calculates the pension for men, with a total working experience not less than 25 years and for women at least 20 years, as follows: RP = SK x SP/SN x SZP, where:
2
SK - the related coefficient, which for the insured persons (except for persons with disabilities, having restriction of ability to labour activity of I degree) is 55% and increases by 0.01 for each full year worked over and above specified in this paragraph length, but not more than 20%.

Count how many years you have worked. If more than 20 for women and 25 for men, for each year in excess of added to 55% of one percent. To get coefficient the number of resulting percent, divide by 100%. The UK can not be higher than 0.75.
3
ZR - the average monthly earnings of the insured person for 2000 - 2001 according to the information of the individual (personified) accounting in system of compulsory pension insurance, or for any 60 consecutive months on the basis of documents issued in the prescribed manner by the relevant employers or state (municipal) bodies.
4
ZP - the average monthly wage in the Russian Federation over the same period;
5
SZP - average monthly wage in the Russian Federation for the period from 1 July to 30 September 2001 for the calculation and increase the size of state pensions, approved by the Government of the Russian Federation.

Average monthly salary in the country (NWP) for the third quarter of 2001. approved by the Government of the Russian Federation for calculation of pensions, determined in the amount of 1671 RUB.
6
The ratio (SP/SN) for those living in the far North and equivalent areas, where there are regional factors to a salary, ranges from 1.4 to 1.9. In accordance with Clarification No. 3 dated 22.04.2003 G. "On the application of paragraph 2 of article 30 of the Law of 17.12.2001, No. 173-FZ in the definition of the relationship increased the average monthly earnings of the insured person's average monthly wage in Russia for people living in the far North and equivalent areas, as well as outside these areas and areas" approved by the decree of the Ministry of labour and social development of the Russian Federation dated 22.04.2003, № 22 applies regardless of their place of residence under the following conditions:

if they lived in the far North or in the areas equated to the far North, the calculation of the pension capital is subject to the heightened relationship of the average monthly wage of the pensioner to the average wage in the country, if the pensioner on 1.01.2002 years lived in the area.
7
Substitute all the numbers into the formula. You will receive a pension on 01.01.2002. Now you have all the data to recalculate their pension capital.
Note
The resulting amount is not a final payout.
Useful advice
Use the amount received for retirement of the capital.
Is the advice useful?
See also
Подписывайтесь на наш канал