How to make colored smoke

Smoke bombs many were interested in boys and quite young boys in the days of the Soviet Union. Checkers and still has not lost its relevance. By the way, smoke bombs are used not only by young hoodlums for their pranks, but the military and police and many other people. So serious guys need not simple checkers, and "color". 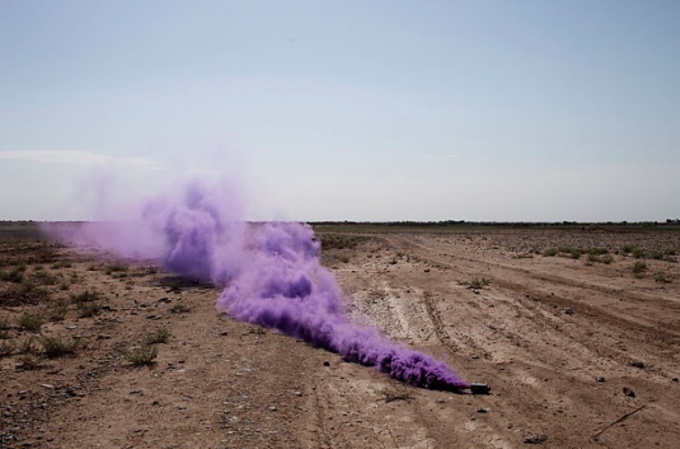 Related articles:
Instruction
1
Before you begin the process of making smoke grenades with colored smoke, decide how many pieces you need. For example, seven or eight pieces, equal in size to a matchbox, you will need 60 grams. potassium nitrate, 40g. of sugar, and incomplete teaspoon of baking soda.
2
Smoke bomb start to do with sleep potassium nitrate and sugar in a metal tin or aluminum pan, then put them on low heat appliance. Bring the mass to boil, continuously stirring. It will first start to melt, and then will boil. It is very important to stir the mass continually, to prevent it from burning. Pochivshaya a whole should make a brown color.
3
Now add the cooked mass a little soda, which will result in immediate foaming. Stir thoroughly, and then the mass may "escape".
4
Now the most interesting: for painting smoke, add three spoons of an organic dye called "henna". The color of the smoke in this case will be orange. You can experiment with potassium permanganate or food dyes.
5
After the mass is completely mixed up, she needs to stand still to cool down. Once the mixture has cooled to lukewarm, put on rubber gloves, take the mass and cram it in the prepared cylindrical box of film or empty matchboxes. See to it that mass was natalina tightly and without voids. While the mixture still does not harden, insert a pencil in order to form a hole for the wick.
6
When the mass is dry, insert the wick in it and lock it with cotton wool. Then tightly wrap the container of your checkers tape or duct tape on all sides, leaving only a hole for the wick. Grenade color smoke finish. That's all.
Is the advice useful?
See also
Подписывайтесь на наш канал