How to disassemble a washing machine Ardo

Modern washing machine is a complex technical device, and try to repair it yourself - employment is very risky. Any serious breakdown of the machine involves a challenge to master-a professional from the service center. But if you are confident in your abilities, or, for any reason, you do not have the ability to call the wizard, you can try to disassemble the machine and to diagnose and repair the failure. 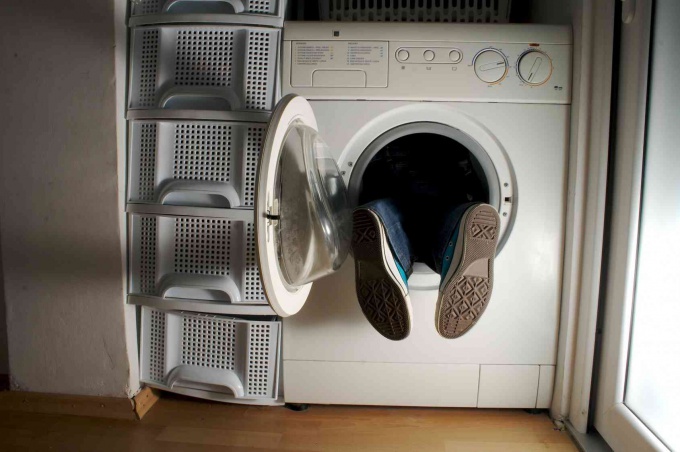 Related articles:
You will need
Instruction
1
Unscrew the screws that the top panel of the machine attached to the casing.
2
Lift the rear part of the panel and slide the panel towards the rear of the machine. The panel should be disconnected from the casing.
3
Remove the top panel.
4
Remove the detergent dispenser.
5
Phillips screwdriver loosen the screws that the drawer rail is attached to the front panel.
6
Slide the left side of the control panel 90 degrees, while holding her right hand. Make sure that the panel is unhooked from the mounting fasteners.
7
Take the first hook. Insert the long end into the hole of the drawer and the other end fasten on the side wall of your washer. Hang it on the bar, turning it 180 degrees.
8
Remove the screws with which the service panel is secured to the side walls of the machine.
9
Carefully detach the service panel by using the crowbar.
10
Open the door of the washing machine.
11
Remove the front part of the clamp of the hatch door using a flathead screwdriver.
12
Unhook the cuff from the front of the car.
13
Remove the screws that secure the front and side panels of the machine using a Phillips screwdriver.
14
Remove the front panel of the machine.
15
Loosen the clamp on the hose coming from the EGR valve to the tank, using pliers. After that, remove the hose from the dispenser.
16
Remove the strap.
17
Loosen the clamp on the hose coming from the tank pressostat
18
Disconnect the hose from pressostat and remove the cuff from the car door.
19
Loosen the cuff on the tank, using a Phillips screwdriver.
20
Remove the tank clamp cuff.
21
Unhook the cuff from the door and remove it from the drum of the washing machine.
Your washing machine is disassembled.
Note
Before you take apart the washing machine remember to disconnect it from the mains, Sewerage and water supply.

For removing painted service panel are only used wooden or plastic crowbar.
Useful advice
Each model of washing machine has its own design features and, as a consequence, differences in the procedure of disassembly.
Is the advice useful?
See also
Подписывайтесь на наш канал