How to write a script

If you suspect that you sleep writing talent, and this suspicion is reinforced by the hundreds of scribbled pages, which is not placed in a Desk, it's time to think seriously about the format of your creativity. 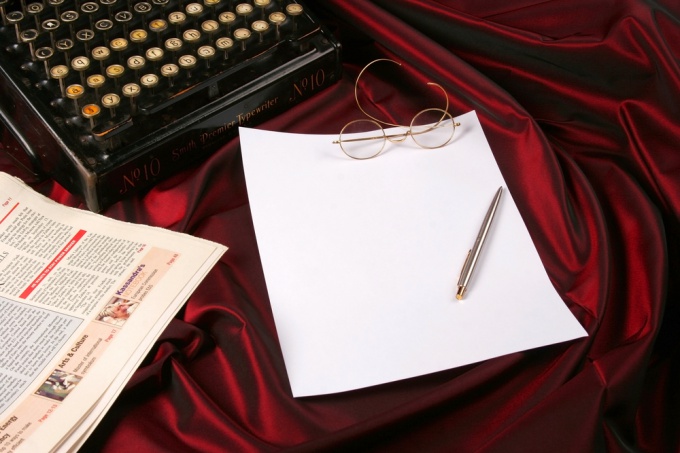 It is reasonable to assume that a full-fledged artwork like "War and peace" you probably still couldn't handle it. Therefore worth their effort trying to write a script. The script is written easier than a novel or a detective, but it has a specific format and has a set of special rules that one should necessarily know. So, write a movie script. Yes, fines will not be. Scenario of corporate party or birthday – it's losers. We will now create full-length feature film. And suddenly buy Hollywood? However, if the "Columbia pictures" it will be a long time to think the scenario is not lost – you can easily adapt the script my best friend's wedding, because all scripts are actually written by the same rules.

The idea and characters

Books on screenwriting are usually advised to start with a General idea of the entire history, that is, with ideas. However, the idea is too global category. In addition, the head of a talented person is always swarming hundreds of ideas. Among this multitude to choose only one? There is a solution. Experienced writers suggest to start with the characters. Think of the main character. Think of it that gives it positive and negative qualities. Make sure that he was truly living the character. If this happens, you will not have time to notice as he is out of relationship with other characters – will appear beside charming heroine, and after that will not take long and the appearance of the villain. The relationship between the characters will be tied, braided, appears secondary characters, there are conflicts, possible solutions, and then close and before the occurrence of the main – the General idea of the film.

Of course, you are a great talent, but the material is not necessary to reinvent the wheel. Even those experimenters cinema like Fellini and Tarantino wanting to write a script, were forced at the time to stick with for a long time (since ancient times) invented standards. Standards scenario is a structure of three acts: exposition, plot development and climax and finally the denouement. Exposition (or introduction) should not take more than 10-15% of the total scenario. The task entry is to acquaint the viewer with the main characters and to voice their basic desires and aspirations, as well as to describe the initial problem that they were. A big part of the material will fall in the second part of the script will unfold, the main course of events. There will be new problems to introduce new characters right up until the point when the emotional tension of the spectacle reaches its maximum. No, max is not the end. It is the culmination. As a rule, culminates on the plot, very close to the final. Often it is either the disclosure of the great conspiracy, or the time of exposure of the spy, or, the return of his lost memory. But you need to leave a bit of space for junction, that is, description logical conclusion of the adventures of the protagonist and some philosophical conclusions about the whole story.

It would seem that the script came to an end. But you do not just decided to write it – need to sell! Manage to complete the story kind of hint at a possible continuation, because the producers are so fond of sequels...