How to wear a pectoral cross

Cross dressed man in the Sacrament of Baptism and is worn on the chest for the rest of my life. The crucifix is a symbol of commitment to God, to the Orthodox faith. This sign helps in troubles and difficulties, strengthens the spirit, protects against demonic snares. After the victory of Jesus Christ over death, the cross became a symbol of the triumph of good over evil. 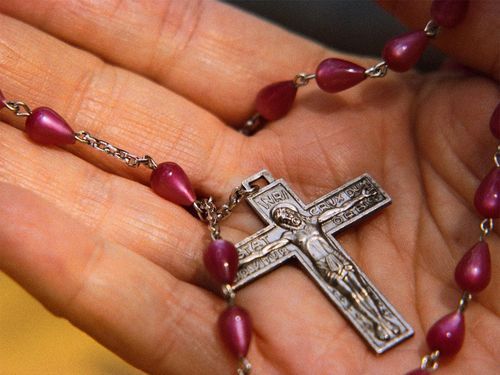 Related articles:
Instruction
1
Crucifix is a sacred symbol, not a piece of jewelry. Do not buy diamond-studded Crucifix just to show off his wealth. God is in your soul and does not require the expression of love through the precious pendants.
2
Choosing the crucifix, pay attention not to the value of the metal from which it is made, and which depicts the Crucifixion. It can be Orthodox or Catholic.
3
Orthodox crosses have a very ancient history. Most often they are octagonal. Canon image of the Crucifixion confirmed in 692 year Tula Cathedral. Since then his form has remained unchanged. The figure of Jesus Christ on the cross expresses peace, harmony and dignity. It embodied the most important of his incarnation - the divine and the Human. The body of Christ superimposed on the cross opens its arms to all those who suffer, trying to protect his disciples from evil.
4
The Orthodox cross has the inscription "Save and protect". This is due to the fact that during the consecration of the Crucifix the priest reads two prayers, calling to protect not only the soul but also the body from evil forces. The cross becomes a security guard person from any burdens and tribulations.
5
The Catholic Church has not accepted this concept, where the Crucifixion is represented differently. On the cross expressed the torments of Christ, his head the crown of thorns, the feet are together and pierced with nails, his hands went slack at the elbows. Catholics presented with human suffering, forgetting about the divine incarnation.
6
Before you wear a crucifix, it is necessary to sanctify. This can be done in any of the Church going to the priest before the service starts.
7
To wear a crucifix under my shirt better, not parading. Especially if you go to a gambling or drinking establishments. Remember that this is not a decoration, but a symbol of Faith.
8
Divine does not accept the superstitions, so all the stories about what was found a pectoral cross cannot be lifted and taken yourself or that the Crucifixion should not be presented are fictions. If you found a Crucifix, can sanctify it and relaxed to wear. Or give it to the temple, where he will give to those in need. And give crucifix, of course, possible. This will only please a loved one, Express your love to him.
Is the advice useful?
See also
Присоединяйтесь к нам
New advices