On what finger you wear a ring "save and protect"

Among the various decorations special place is occupied by objects associated with religious traditions. They ascribe certain properties and capabilities, the ability to protect and preserve the trouble of their owners. 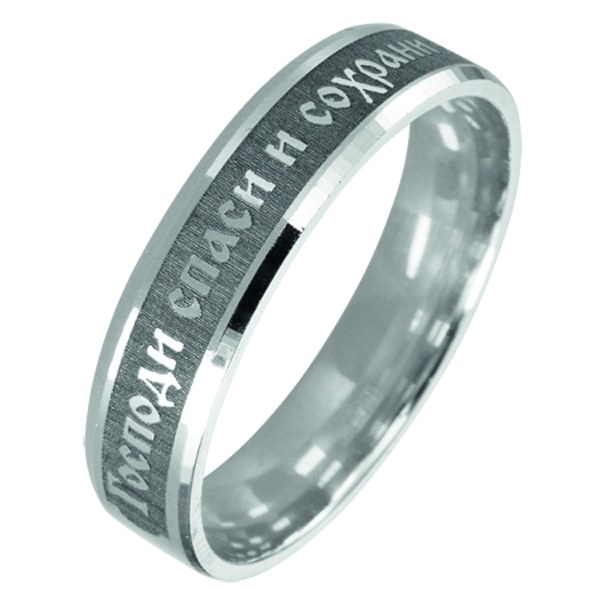 The ring, designed to save and protect

Ring "Save and protect" is an original piece of jewelry related to Orthodox Church tradition. This is not an ordinary decoration, it is believed that it is a talisman and protects its owner.

The ring is one of the oldest decorations used by people.

For several centuries such rings, the pilgrims could purchase exclusively in the territory of monasteries, and only in the XIX century they began to sell in iconic shops and jewelry stores. Over time, the rings began to make more refined, not only silver but also gold and even decorate with precious stones. Traditional ring design looks simple enough – he rim of the old Slavonic script derived inscription "Save and protect". There are rings in which the inscription is made inside the ring, they prefer those who do not want to draw attention to their religious beliefs.


If you decide to buy a ring, decide what purpose you do it. Wishing to have a strong protective charm should choose a simple silver product. Silver has long been considered a metal, protecting from hostile words and negative views. If you would like to have an attractive decoration, you can pick up in a jewelry store more expensive option, made of gold or platinum.

How to wear a ring

Opinions about what finger to wear the ring and how it correctly to pick up, are very different.

In ancient times there was the so-called "tongue rings," and it lasted until the early twentieth century.

The unequivocal answer to this question does not exist. But there are some rules that will help make the decision. Representatives of the Orthodox Church give some advice on this. Some say that such a ring can be worn on any finger, others insist on the wearing of a ring on one of those fingers used in the cross – index, average or large. There is a belief that a ring should not be worn on the ring finger, which is usually worn engagement ring. If a person is not bound by marriage, he can put a ring on her ring finger, but only on condition that the rite of baptism is Orthodox Christian.


Ring "Save and protect" is really able to support its owner and help him in various matters and situations. Because the hand with the ring constantly in mind in the difficult moments of life it can serve as a kind of mentor, to remind you that everything is in the hands of God, and in any, even the most difficult situation you must keep the faith and continue your path.
Is the advice useful?
See also
Подписывайтесь на наш канал