A cone is a geometric solid whose base is a circle and the lateral surface of all segments drawn from the point outside the plane of the base, to this base. A straight cone, which is usually seen in a high school geometry course, you can imagine how solid formed by rotating a right triangle around one of the legs. Perpendicular cross-section of the cone is the plane through its vertex perpendicular to the base. 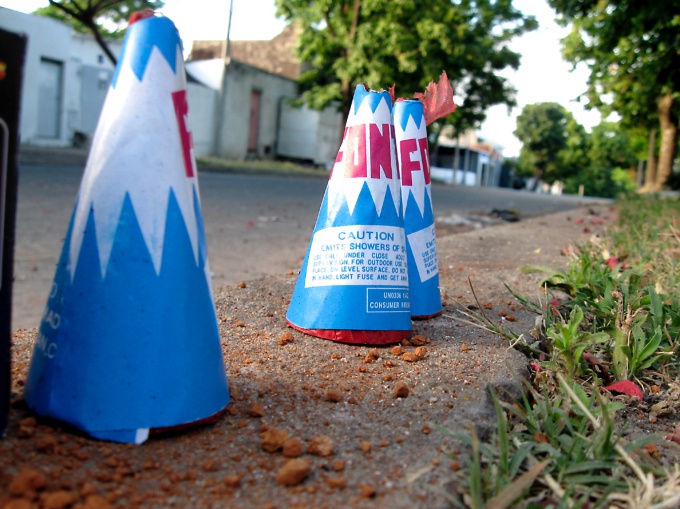 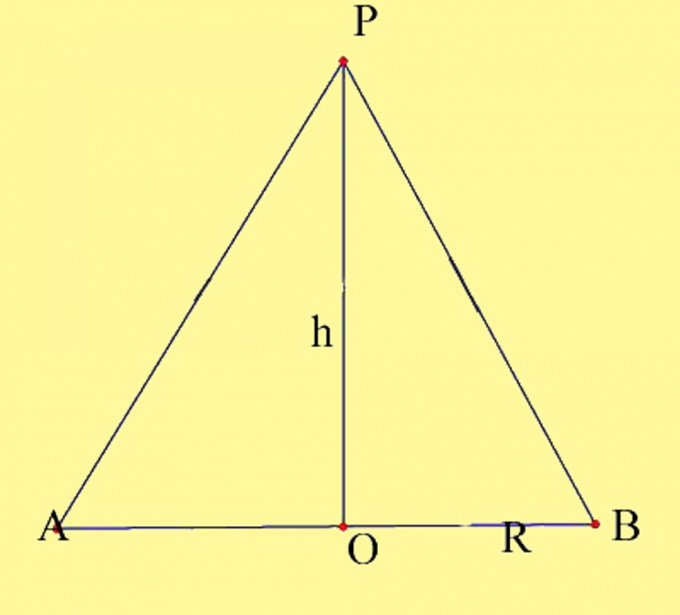 2
Axial section is formed by two rectangular triangles lying in one plane and having one common side. Calculate the area of the axial section in two ways. The first method is to find the areas of the resulting triangles and put them together. This is the most obvious way, but in fact it does not differ from the classical calculation of the area of an isosceles triangle. So you have 2 right triangles, a common side which is the height of the cone h, the second the legs are the radii of the circular base R and hypotenuse — forming cone. Since all three sides of these triangles are equal, then the triangles also turned out to be equal, according to the third property of equality triangles. The area of a right triangle is equal to half the works of the other two sides, that is, S=1/2Rh. The area of the two triangles, respectively, will be equal to the product of the radius of the circular base to a height, S=Rh.
3
Axial section are often regarded as an isosceles triangle, a height which is the height of the cone. In this case, the triangle of art, whose base is equal to the diameter of a circle base of the cone D, and the height equal to the height of the cone h. Its area is calculated by the classic formula of area of triangle, that is, in the end we get the same formula S = 1/2Dh = Rh, where S is the area of an isosceles triangle, R is the radius of the circular base and h is the height of the triangle and is the height of the cone.
Useful advice
The area of the axial section of the cone is computed by the formula area of a trapezoid. In this case, it is necessary to know both the radius of the bases, height and bisector.
Is the advice useful?
See also
Подписывайтесь на наш канал