How to calculate the volume of a cone

Cone can be defined as the set of points forming a two-dimensional figure (e.g., circle), combined with the set of points that lie on the segments, starting at the perimeter of the figure, and ending in a point. This definition is true, if the only common point of the segments (apex of cone) does not lie in the same plane with the two-dimensional figure (the base). Perpendicular to the base of the segment connecting the vertex and the base of the cone, is called its height. 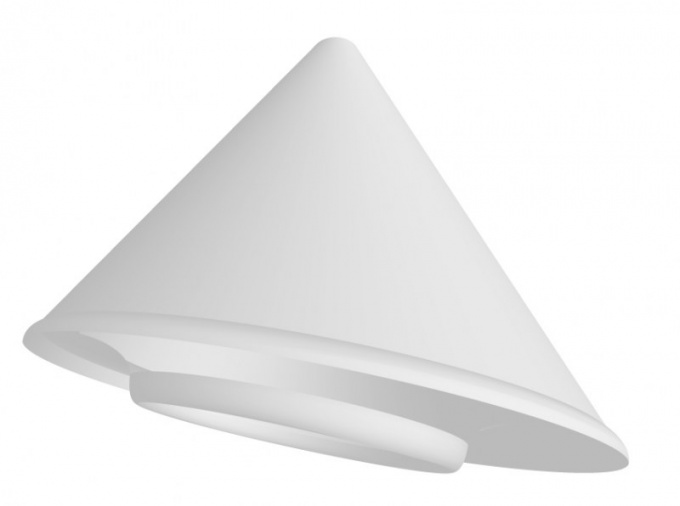 Related articles:
Instruction
1
Assume in calculating the amount of different types of cones to the General rule: the sought value should be equal to one third of the base area of this figure by the height. For a traditional cone, the base of which is a circle, its area is calculated by multiplying the number PI of squared radius. This implies that the formula for calculating the volume (V) must include the product of PI (π) on the square of the radius (r) and height (h), which should be reduced three times: V = ⅓*π*r2*h.
2
To calculate the volume of a cone with base an elliptic shape will need a good knowledge both of its radii (a and b), as the area of this round figure is the multiplication of their works on the PI. Replace this expression footprint in the formula from the previous step and you get this equation: V = ⅓*π*a*b*h.
3
If the base of the cone lies with a polygon, this particular type is called a pyramid. However, the principle of calculating the volume of the figure remains the same - start in this case with the formula for finding the area of a polygon. For example, for a rectangle it is enough to multiply the lengths of two adjacent sides (a and b), and the triangle is the value to multiply the even and the sine of the angle between them. Replace the formula for the area of the base of the equation from the first step and have the formula calculate the volume of a figure.
4
Find the area of both bases, if you need to find out the volume of a truncated cone. Fewer of them (S₁) is called a section. Calculate his work in the area of the long base (S₀), add to the resulting value of both squares (S₀ and S₁) and extract from the result of the square root. The resulting value can be used in the formula from the first step instead of the square base: V = ⅓ *V(S₀*S₁+S₀+S₁)*h.
Is the advice useful?
See also
Присоединяйтесь к нам
New advices