How to find the bases of the trapezoid

The bases of the trapezoid can be found in several ways, depending on the specified parameters. When famous square, the height and the side of the isosceles trapezoids of the sequence of calculations is reduced to the computation of the sides of an isosceles triangle. And to use the properties of isosceles trapezoids. 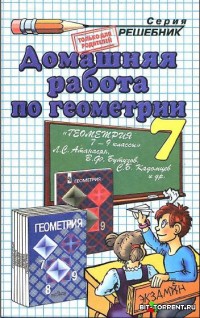 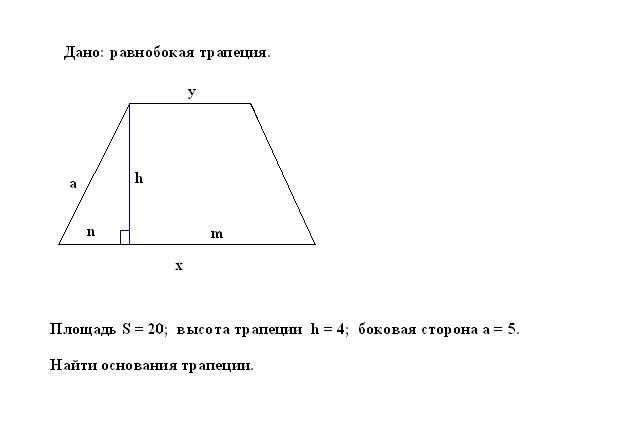 2
To determine the length of both bases (x, y), apply the property of isosceles trapezoids the formula for calculating the area of a trapezoid.
3
According to the property of isosceles trapezoids the segment of n equal to half-difference of the bases x and y. Consequently, the smaller base of trapezoid y can be represented in the form of a difference larger base and the segment n, multiplied by two: y = x - 2*n. 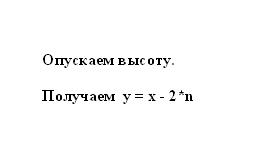 4
Find the unknown lower segment n. To do this, calculate one side of the resulting right triangle. The triangle formed by the height h (side), side a (hypotenuse) and cut – n side). According to the Pythagorean theorem, the unknown side n2 = a2 - h2. Substitute known numeric values, and calculate the square of side n. Take the square root of the resulting value – this is the length of the segment n.

5
Substitute the value obtained in the first equation to calculate y. Area of a trapezoid is calculated by the formula S = ((x + y)*h)/2. We Express the unknown variable: y = 2*S/h. 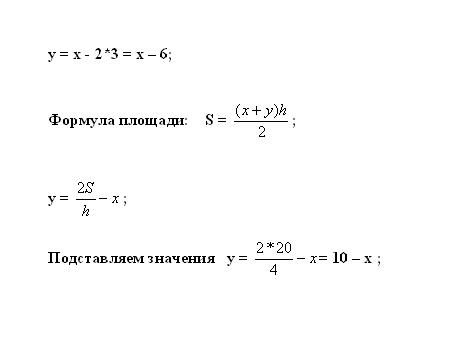 6
Write both equations in the resulting system. Substituting the known values, find two unknown values in two equations. The obtained solution of the system x represents the length of the long base, and y is the smaller base. 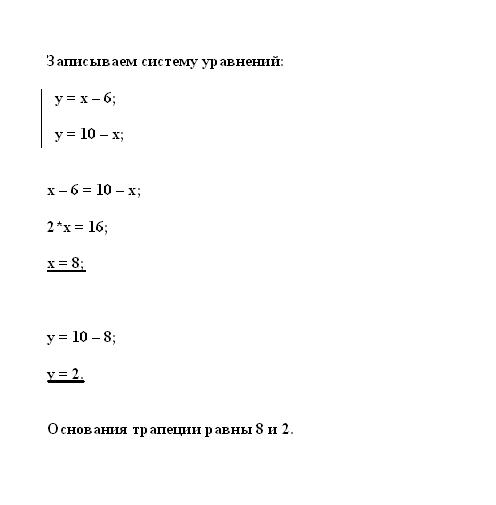