Where to go in Ulyanovsk

Ulyanovsk was founded in 1648 and is located on the right Bank of the Volga river. The promenade, this city offers a wonderful and breathtaking views of the widest part of the river, which reaches forty kilometers. Ulyanovsk can rightly be called a city-Museum that is rich with attractions. 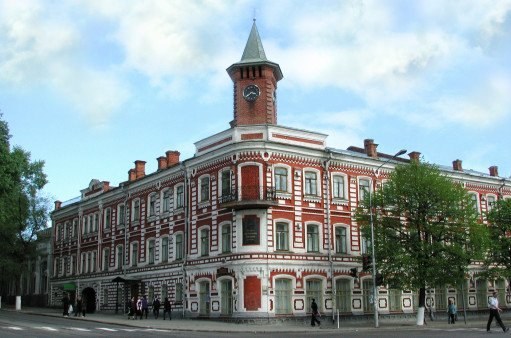 Ulyanovsk is famous for its huge variety of museums that should be visited on arrival in this wonderful city. All the museums are organically woven into the architecture and culture of the city, and their history is deeply rooted in the distant past, when scientists and collectors gathered and presented cultural and scientific heritage of their hometown.

Art and history museums (said the 110-year anniversary of the base) are the most popular and favorite among guests and residents of Ulyanovsk. It presents the history of the Simbirsk region in the collection of rare exhibits from the Foundation to the present day.

The main attraction of Ulyanovsk and the special pride of this city is the State historical-memorial reserve "V. I. Lenin's Motherland", which was only twenty years old in 2004. Numerous tourists and residents of the city can for a moment be transported to the nineteenth century Simbirsk and stroll through the Museum under the open sky.

Ulyanovsk is divided into four main districts: Zheleznodorozhny, Leninsky, Zavolzhsky and Zasviyazhskiy. The railway district is located in the southern part of the city and is named because of the railway network and the train station. Here is a large forest called "Vinnovskaya grove". Renting an apartment near this Park, you can walk on it and see the pavilion Oblomov, which was described by Goncharov in his famous novel "the Precipice."

Leninsky district can be attributed to the historical part of the city, as it is a Museum-reserve of V. I. Lenin. His site I takes more than a hundred and seventy acres, is well preserved houses of the nineteenth century. Only one street you can visit the fourteen museums. If you go upstairs, get into the Central part of Ulyanovsk Goncharova street, where you will meet the Puppet theatre, the Obelisk of glory and the house-Museum Goncharova.

Zavolzhsky district is located on the left side and you can reach it in two ways: on the new "Presidential bridge" (about 13 miles) or the old "Imperial" (length 3.5 km). This district is the newest, has a huge number of shopping malls and wide avenues. At a little distance from the residential area there is an airport and factory Aviastar, which builds the largest to date, the aircraft "Ruslan".

In Zasviyazhskiy district, there are two main parks – "Black lake" and "Youth", where you can stroll, eat ice cream and sit on a bench in the cool shade of the trees. In the same area is a well-known plant UAZ, if you are interested in the history of the plant, should visit the Museum of history and labour glory of JSC UAZ.

If you love nature, then visit the village Undory, here is Jurassic Park. The land reserve is rich in paleontological remains of fossil fauna (belemnites, cephalopods-Ammonites, skeletons of plesiosaurs, marine reptiles-ichthyosaurs and pliosaurs). After visiting the Museum, stroll along the banks of the Volga, swim in the river, gather on the memory of the petrified shell in memory of Ulyanovsk.