How to Unscrew a screw

As a rule, the screws have a cruciform slot. Remove them from the basics is not always easy, especially if they were put on a strong puff. As a result, we spare no effort and time, persistently picking a screw with a screwdriver as long as you don't crush the hat, and to catch just will not. 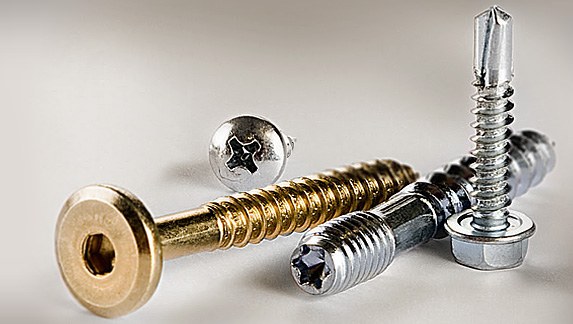 Related articles:
Instruction
1
To start, try to get a screw with a conventional screwdriver, with the assistance of a needle file will protocide groove straight slot screwdriver and try to Unscrew the part. If not, - don't add too much, it will only aggravate the situation. Use the other methods.
2
If the case is not quite running, then you can try the following method simple enough – pick a drill bit of a drill, the diameter of which coincides with the thickness of the screw. And drill it until then, until the cap separates from the legs. This should be done very carefully, as flying at this point, the metal shavings are very small and actively tries to get in his eyes. Be sure to use safety glasses! Many masters are strongly advised to use spillovers, noting its high functionality and efficiency even in the most difficult cases.
3
After the part holding the screw, will be eliminated, leaving only to pull the leg from the base. This can be done by using pliers or ordinary pliers.
4
If the diameter of the screw allows, you can use the other quite effective but also very time-consuming option. Drill axis in the screw hole, sufficient to insert a stud or other thin, rigid metal part. Then carefully hammer it half done a hole. Fold and, again gently, begin to Unscrew the screw. In this case, be prepared to waste significant time – work jewelry.
5
If the screws are rusted, use WD 40 – it is a tool that allows you to soften the rust and remove excess moisture. Just pour it intractable detail and, if possible, try to get her motivated to improve the penetration of substances between the screw and the base. After about half an hour then try again to Unscrew the screw. In this case, note that the surface of which was degreased with WD 40, subsequently is it necessary to lubricate. Otherwise, corrosion and, accordingly, destruction of the part can not be avoided. Therefore, use this tool only for the same described problem cases, and also for removal of moisture from surfaces of mechanical components and devices.
Is the advice useful?
See also
Подписывайтесь на наш канал