Determine what you like man using sign language. On average, men use about ten gestures, but women use about fifty-two. Imagine how men simplify our lives. Now about the actual gestures. 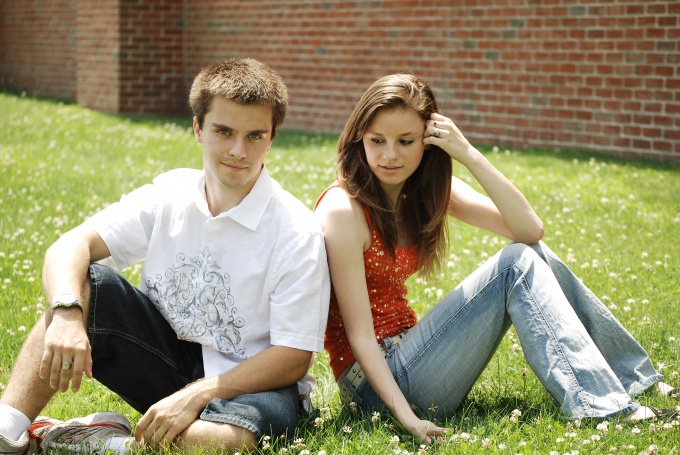 Related articles:
Instruction
1
If the woman looks like a man, his eyebrow involuntarily begins to rise and fall. It lasts no more than a second, but stays true sign that he likes you.
2
If the man likes what he sees, his lips involuntarily start to open and his nostrils slightly expanded. All of the above gives the face a cheerful expression.
3
If he likes you, he begins to make attempts to attract your attention. Every man is manifested in different ways. Some begin to behave noisily, joking, gesticulating, laughing out loud. Others will silently move away from their friends. They all want to show you their individuality.
4
If you started to straighten his tie or his jacket – it means that he wants good for you look. This is evidenced by the fact that he's in your presence begins to correct socks. This is actually a 100 percent indication that he likes you and he's trying to look neat and better in every way.
5
He ruffled or, conversely, smooths your hair. It depends on the style of his hair. Men do involuntarily, to look in your eyes perfectly.
6
If, during conversation, he often touches his face, rubs the chin or cheek, or perhaps touching their eyes, he has interest in you. When we like someone, our skin becomes more sensitive and to touch her is a pleasure.
7
If going near you, the man puts his hand on the back or shoulder, these gestures indicate that he doesn't want to lose you. Such gestures are not always talking about good education, but nevertheless, they show interest in you on the part of men.
Is the advice useful?
See also
Подписывайтесь на наш канал