How to determine electron configuration

Chemical reactions do not affect the nuclei of atoms. Chemical properties of elements depend on the structure of their electron shells. The state of electrons in an atom is described four quantum numbers, Pauli principle, rule Gund and the principle of least energy. 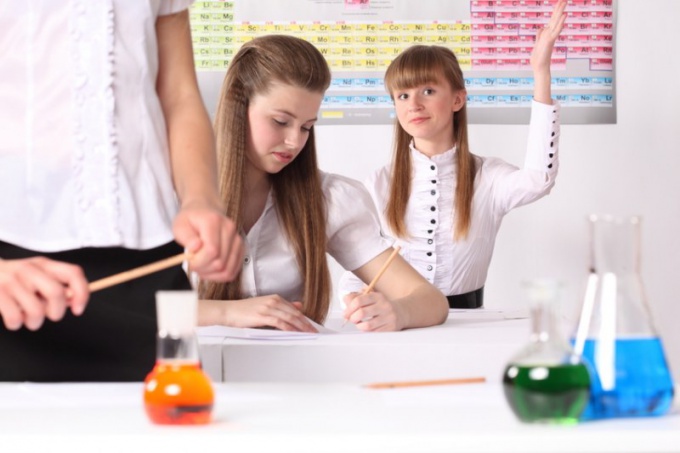 Related articles:
Instruction
1
Look at the cell element in the periodic table. The sequence number indicates the charge of the nucleus of an atom of this element, and the number of electrons in the atom, because the ground state atom is electrically neutral. As a rule, the serial number is written on the top left of the item name. Is an integer, not to be confused with the mass number of the element.
2
First, the electrons fill the first energy level contains only the 1s sublevel. s-sublevel can contain at most two electrons, and they have different spin directions. Quantum cell draw using a rectangle or a small cut. In cell place two opposite arrows looking up and down. So you are symbolically identified two electrons in the s sublevel of the first energy level.
3
The second energy level contains one cell of the s-sublevel and three cells p-sublevel. For p-orbitals can hold up to six electrons. These three cells are filled sequentially: first one electron each, then another one. Under rule Gund, electrons are arranged so that the total spin is maximum.
4
The third energy level is filled starting from sodium with 11 electrons. There is a sublevel of 3d, but it will be filled with electrons only after cell 4s. This behavior of electrons is explained by the principle of least energy: each electron to strive for this arrangement in the atom, so his energy was minimal. And the energy of the electron on sublevel 4s is less than 3d.
5
In General, the filling of electron energy levels occur in the following sequence: 1s2s2p3s3p4s3d4p5s4d5p6s4f5d6p7s5f6d. With any s-shell can be more than two electrons (one orbital), p the wrapper – no more than six electrons (three orbitals), d-sub-level – no more than 10 (five orbitals), f-sub-level – no more than 14 (seven orbitals).
Note
In the excited state of the atom electrons can "jump" from one cell to another, thereby increasing the valence of the element. In the formation of bonds to the electron energetically favorable to move from filled s-orbitals in the free p-orbital within the same energy level.
Is the advice useful?
See also
Присоединяйтесь к нам
New advices