How to determine the principal quantum number

Quantum mechanics shows that the electron can be located at any point near the nucleus of an atom, but the probability of finding it at different points are different. Moving in an atom, electrons form electron cloud. The places in which they are often called orbitals. The total energy of an electron in the orbitals determines the main quantum number n. 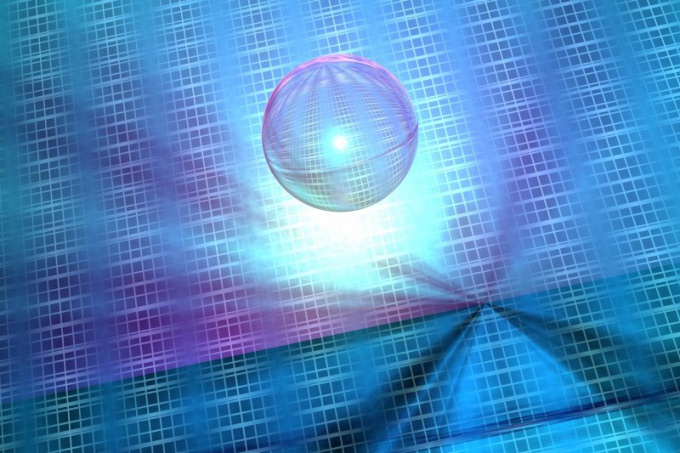 Related articles:
You will need
Instruction
1
The principal quantum number takes integer values: n = 1, 2, 3, ... . If n=∞, this implies that the reported electron ionization energy – the energy sufficient for its separation from the kernel.
2
Within a level, electrons can be in different sublevels. Such differences in energy state of electrons from one level affect side quantum number l (orbital). It can take values from 0 to (n-1). The value of l is usually symbolically represented by letters. From the value side of the quantum number determines the shape of the electron cloud.
3
The motion of an electron along a closed path provokes the appearance of a magnetic field. The state of the electron due to the magnetic moment is characterized by the magnetic quantum number m(l). This is the third quantum number of the electron. It describes the orientation in space of the magnetic field and takes the range of values from (-l) to (+l).
4
In 1925, scientists have suggested the existence of electron spin. Under spin understand their own angular momentum of an electron that is not associated with its motion in space. Spin number m(s) can take only two values: +1/2 and -1/2.
5
According to the Pauli principle in an atom there cannot be two electrons with the same set of four quantum numbers. At least one of them must be different. So, if the electron is on the first orbit, for him the principal quantum number n=1. Then clearly l=0, m(l)=0, and for m(s) two options are possible: m(s)=+1/2, m(s)=-1/2. That is why the first energy level can be no more than two electrons, and they have different spin number.
6
On the second orbital the principal quantum number n=2. Side the quantum number takes two values: l=0, l=1. The magnetic quantum number m(l)=0 for l=0 and takes the values (+1), 0 and (-1) for l=1. For each option there are two spin numbers. So, the maximum possible number of electrons in the second energy level is 8.
7
For example, the noble gas neon is completely filled with electrons two energy levels. The total number of electrons of neon is 10 (2 from the first level and 8 from the second). This gas is inert and does not react with other substances. Other substances entering into chemical reactions, tend to acquire a noble gas structure.
Useful advice
To explain fully the structure of electronic shells of atoms for all cases, except for the Pauli principle, it is necessary to know the principle of least energy and the rule Gund.
Is the advice useful?
See also
Присоединяйтесь к нам
New advices