How to learn to read the table of chemical elements of D. I. Mendeleev

The periodic system of chemical elements is a unique reference material which is necessary to properly "read" and then use the received information. In addition, the table by D. I. Mendeleyev is permitted material for all types of control, including even the exam in chemistry. 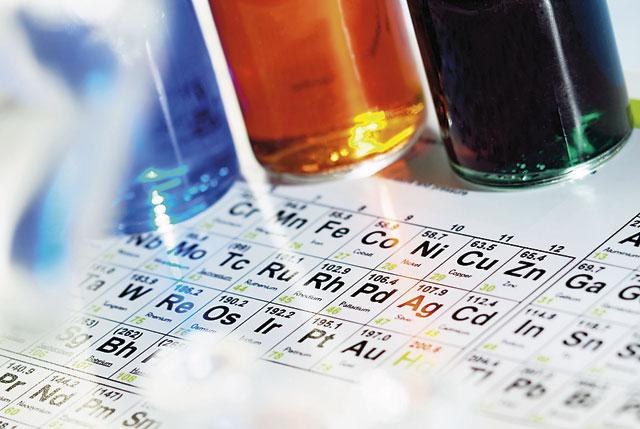 Related articles:
You will need
Instruction
1
The periodic system is a multi-storey "house", which houses a large number of apartments. Each "tenant" or chemical element lives in his own apartment at a certain number, which is permanent. In addition, the element has a "name" or title, for example oxygen, boron or nitrogen. In addition to these data in each "apartment" or cage specified information such as relative atomic mass, which may be exact or rounded values.
2
As in any home, there are "entrances": the group. And the groups the elements are arranged left and right, forming subgroups. Depending on which side has more of them, that is called the main subgroup. The other group, respectively, would be side. This table also includes "floors" or periods. Moreover, periods can be as big (consist of two rows) and small (only one row).
3
The table can show the structure of the atom elements, each of which has a positively charged nucleus consisting of protons and neutrons, and orbiting negatively charged electrons. The number of protons and electrons is numerically equal and is defined in the table according to the serial number of the item. For example, the chemical element sulfur is number 16, therefore, will have 16 protons and 16 electrons.
4
To determine the number of neutrons (neutral particles also located in the nucleus) subtract the relative atomic mass of an element by its serial number. For example, iron has a relative atomic mass of 56 and a sequence number 26. Therefore, the 56 – 26 = 30 protons in iron.
5
Electrons are at different distances from the nucleus, forming electron levels. To determine the number (or energy) levels, you need to look at the period number in which the element is located. For example, aluminum is 3 the period, therefore, it will have 3 levels.
6
The number of the group (but only for main group), you can define a higher valence. For example, the elements of the first group of the main group (lithium, sodium, potassium, etc.) have valence 1. Accordingly, elements of the second group (beryllium, magnesium, calcium, etc.) will have a valency equal to 2.
7
Also at the table, you can perform the properties of the elements. From left to right, the metallic properties weaken, and non-amplified. This is well illustrated by example 2, the period starts on the alkaline metal is sodium, then the alkali earth metal is magnesium, after the amphoteric element is aluminum, then the non-metals silicon, phosphorus, sulfur, and ends the period of gaseous substances – chlorine and argon. In the next period there is a similar dependence.
8
Top-down is also observed the pattern – metallic properties increase and nonmetallic weaken. That is, for example, cesium is much more active compared to sodium.
Useful advice
For convenience, it is better to use a colored version of table.
Is the advice useful?
See also
Подписывайтесь на наш канал