How to make a Fresnel lens

The name of the lens was in honor of the Creator, an outstanding French physicist Augustin Jean Fresnel. Regular optical lenses consisting of a solid polished piece of glass, a lens, Fresnel has a more complex structure. To make it at home. 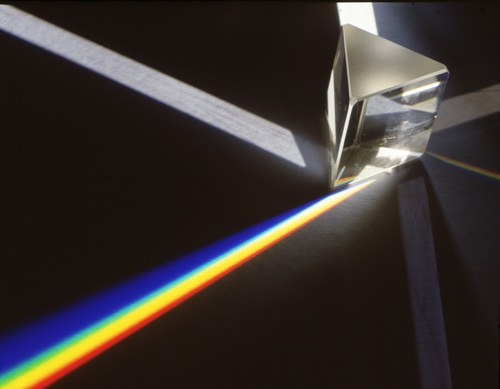 Related articles:
Instruction
1
To build lens Fresnel yourself need to have substantial understanding about the optics. Thus, in contrast to conventional lenses, the Fresnel is not solid glass, but of concentric rings, having in cross section a special form of prism. Perform calculations and define the boundaries of the zones of Fresnel. They are defined by the intersection of the wave front of an initial wave sequence offset relative to each other by l/2 wave fronts "of the projected wave".

2
Make a transparent ring, which will be odd zones of Fresnel. Their thickness should correspond to an additional phase of the RAID l/2 . For convenience, use the drawing.

3
To achieve the greatest effect, cover the ends of each prism are coated, for example, aluminum. Will solenice design, checking the position of the prism equation.
4
There are two types of lenses Fresnel – ring and waist. In contrast to the ring of the lens, guides the light flux in a specific direction, the belt spreads the light from the source in all directions. The lenses of Fresnel fields of application very diverse: from marine beacons and lenses to special film put on the rear window of the car to reduce the dead zone behind the car when using the rear view mirror.
5
Simultaneously with the creation of the lenses O. J. Fresnel had developed a complex technology of its manufacture. In a nutshell we are talking about the manufacture of lenses consisting of a set of several prisms in the form of thin rings. In the present context, such production is only possible using advanced high-precision processing, vacuum-deposition, control and measuring equipment.
6
In the manufacture of lenses of Fresnel technology is used HOTLENS holography, through which more precisely focuses the infrared radiation and reduces the penetration, for example, visible light. These lenses allow you to create more precise detection zone in space. In a set of technological equipment for the production of lenses of Fresnel includes precision lathes, which are used for trimming and pre-rounded blanks. Serotonergic machines for processing external and internal surfaces of the lens.
7
The most important stage – the grinding surface of the lens. It is held on the polishing machines. In the polishing process simultaneously removes roughness and improves the purity of the spherical surfaces of the lens. Special machine-polished edge of the lens, and for machining concave and convex surfaces of the lens are the special diamond tools. In addition, such companies made all the necessary technological equipment.
Is the advice useful?
See also
Подписывайтесь на наш канал