What is a Fresnel Lens

The Fresnel lens is almost the most first, according to the historical chronology, the device, which is based on the principle of light diffraction. Despite the remoteness of this invention, it today has not lost its relevance and has found application in many areas. 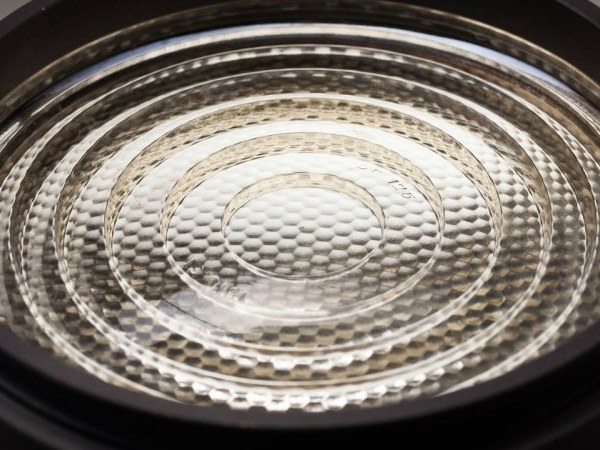 What is a Fresnel Lens

A Fresnel lens is called a compound lens. Unlike ordinary lenses, it does not consist of a solid polished piece of glass with a spherical surface and a concentric rings. They tightly abut each other and have small thickness. In cross section they present a prism of a special profile. The name of this type of lens was named who offered her a French physicist Augustin Fresnel, who worked in the field of physical optics.

Thanks to its unique design, this model of lens has a small weight and thickness. Section of her rings are constructed in such a way that its spherical aberration is very small, causing the rays, it refracted out of a single parallel beam. The diameter of Fresnel Lenses varies from a few centimetres up to several metres.

Fresnel lenses are subdivided into the ring and waist. First direct the beam of light in a single, predetermined direction. The second is to send the light from the source in all directions in one plane.

The Use Of Fresnel Lenses

To date, the Fresnel Lens has been widely used in many fields.

For example, they are used in large beacons, projection TV, navigation lights, railway traffic lights the lens and the lamps. And thanks to its low weight, the Fresnel Lens is also used in the lighting devices that you need in the process of operation to move.

And being placed on the rear window of the car in the form of a thin film, it greatly reduces the "dead" zone behind the car observed in the rear view mirror.

On the basis of Fresnel Lenses created extra flat light magnifier. It it is consulted by people with low vision when reading texts written in small font.

In addition, such lenses used in infra-red motion sensors and lens antennas.

There are a couple of promising directions in which possible to use of a Fresnel Lens. Its use is presumably possible when building the giant space telescopes of diameters.

Also probably its use as a solar concentrator for solar cells.

For all its virtues, the Fresnel Lens has one major drawback - the presence of a transitional boundary sites leads a high proportion of parasitic illumination and false images". This makes impossible its use in the construction of accurate optical images.
Is the advice useful?
See also
Подписывайтесь на наш канал