How to lighten a cloudy broth

On the basis of meat broth soups are boiled to make Brawn, he can be an independent dish such as egg or greens. In any case, you want the broth transparent, because muddy is able to repel the appetite of even the very unpretentious person, not to mention the gourmet. To ensure that your culinary masterpiece to be transparent, necessary in the process of making it. 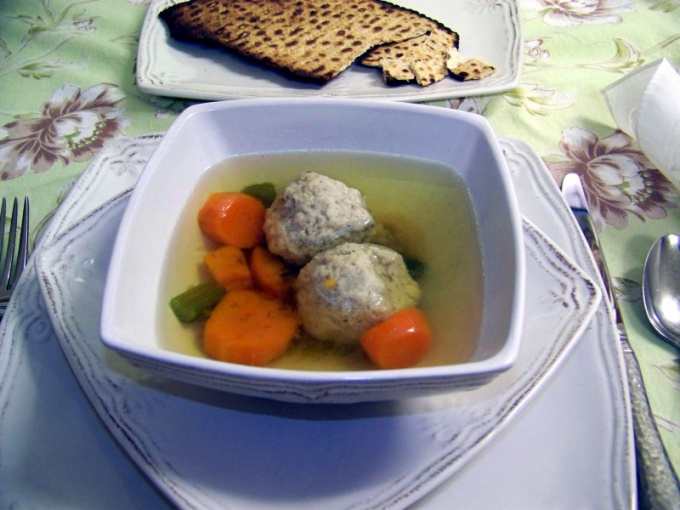 Related articles:
You will need
Instruction
1
The perfect broth is obtained, if it is clear in several stages. Cook it on slow fire, periodically removing the foam. There is a slotted spoon — a large spoon with holes. When the broth will already be almost ready, remove from pan and large pieces of meat. A slow fire is needed to boil the broth was not particularly rapid. If boiling is not very strong, the broth right is more or less transparent.
2
Fold the gauze in 3-4 layers and strain the broth. At this stage, removed the foam, small pieces of meat, bones, etc. In principle, it is possible and strain through a very fine sieve. Pour the broth back into the pot. For the clarified soup so the broth is fine, but if you prepare it as a separate dish or the basis for a jelly, will have some work to do.
3
Separate the protein from the yolk. This is done in the following way. Knock on the egg shell with a spoon or knife so that the middle started cracking. Substitute a small bowl or Cup. Over it cracked the shell to make 2 "cups". Several times pour the yolk from one to the other. Protein should drip into the bowl. Yolk use at its discretion, for clarification of the broth you won't need it. Protein from one egg will be enough to lighten 2l of broth.
4
Whisk the whites. Use for this a mixer or a whisk. Egg protein is an excellent sorbent. It is possible to make its action more effective by adding 1 ice cube 1 protein. If you mix 1 egg white with 100g of ground beef and a few tablespoons of broth, and then everything is slightly beat, the absorbent not only lighten the broth, but will add nutrients.
5
While you were preparing the absorbent, the broth you might have time to cool down. Heat it through but do not boil.
6
Carefully pour the absorbent. Stir in broth, to dissolve a protein or another absorbent over the entire pan. The stream should be thin and uniform. Do not stop to stir the contents of the pot after protein will disperse. Make a slow fire and bring the broth to a boil. Give the contents of the pan to writing a rolling boil for five minutes.
7
Cool the broth at room temperature. Especially with a slotted spoon to catch the pieces of coagulated protein is not necessary, he himself will sink to the bottom. Strain the broth through cheesecloth. A couple of layers for the second straining will be enough.
Useful advice
Excellent absorbents are also rice and carrots. Boiled rice need to be put into a linen bag. Lower the bag for a few minutes in boiling broth. Carrots cut in half lengthwise, each half cut on two sides, and then dried in the pan. Fat in this case not needed. Place the prepared carrots in the broth for a few minutes before the end of cooking.
Is the advice useful?
See also
Присоединяйтесь к нам
New advices