How to make a fish broth clear

At the core of any lies fish soup fish broth. Transparency on the taste of the product is not affected, however, contributes to a pleasant appearance of the food. Preparation of transparent broth has its little secrets. 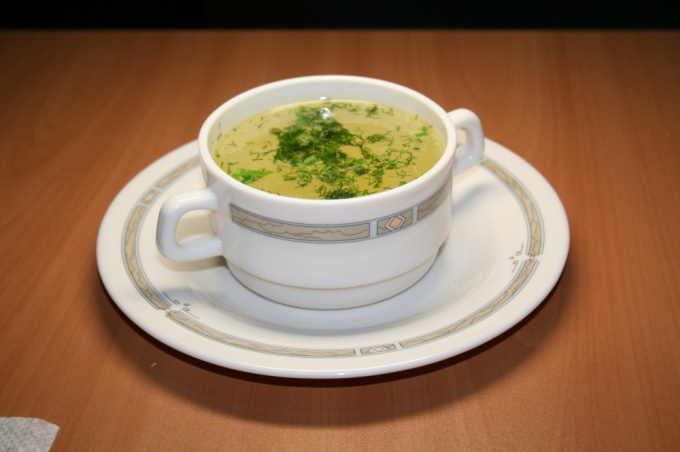 Related articles:
You will need
Instruction
1
To prepare a transparent fish broth, you can use any types of fish. The rich broth is obtained from at least two varieties of fish, no matter it sea or river. For cooking delicious soup do not have to use the carcasses of the fish the head, tail and fins contains a sufficient number of substances, allowing to obtain a rich broth.
2
Before to make the fish broth clear, you need to make it. The broth may be boiled from the fish food waste, it is much faster than a similar dish from any types of meat. Many fishermen use small fish in order to cook from her ear, as for roasting she was too skinny. Per liter of water requires at least 300 grams of fish, otherwise rich broth will not work. To make it more interesting, when cooked, added a couple of leaves of Bay leaf and a few peas black pepper. Foam from the broth is removed throughout the process. The fish has to be cooked, sufficient 25-35 minutes.
3
To make fish broth clear, after boiling it should drain through a colander or fine sieve. Then it is necessary to cool within 70 degrees, or proteins that function as "procrastination", just roll up. Per liter of broth just one egg white and the shell of the egg.
4
First, egg wash the outside with soap and water, then separate the white from the yolk. If the yolk will mix with the protein, whip the latter until frothy will be quite difficult. Protein, along with mashed hands with the shell, is added to the broth, which is brought to the boil. After that, the pot of broth is removed from the fire and retracted to the side, after which the pattern repeats itself twice more with an interval between zakopanem. Then the broth is filtered and on its basis it is possible to prepare the soup according to any recipe.
Useful advice
Best of all whipped to a state of a foam the whites from fresh eggs, pre-cooled in the refrigerator.
Is the advice useful?
See also
Подписывайтесь на наш канал