Where to go in Sochi

The unique resort town of Sochi is rich in historical and natural monuments. Every area of this place can boast of tour sites and attractions. The resort stretches along the Black sea coast, 148 km. In addition to the warm sea and natural beauty, you will surely find a number of interesting and beautiful places. 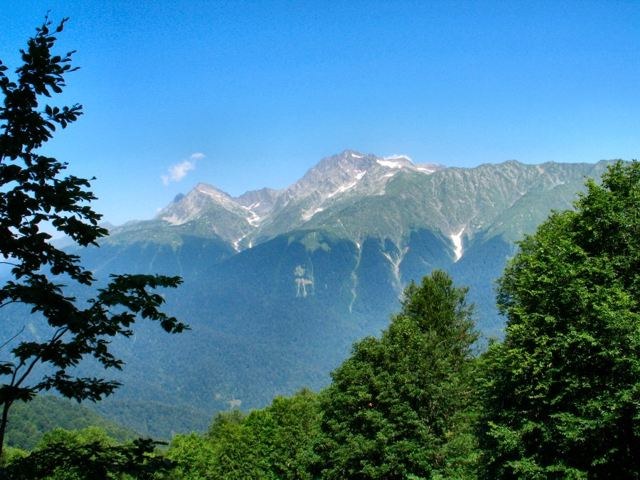 Related articles:
In the Caucasus mountains and around the coast of the Black sea people could find the mysterious stone structures – dolmens. They are giant houses, or nesting boxes, built of slabs weighing several tons. One such dalmeny complexes exist on the territory of Sochi (the village of Volkonka) for more than four thousand years and is considered coeval of the Egyptian pyramids.From city center you can take a boat trip in the form of a half-hour walk on the boat, before travelling to Turkey, if you will, of course, brought my passport. In the center is the arboretum, a beautiful nature Park, which contains about two thousand forms and types of plants and shrubs from all corners of the planet. In the rose garden you will see various rose varieties of foreign and domestic breeding, they bloom from very early spring until late autumn.A unique area of Sochi – Tissemsilt grove. It survived the plant that grows in the Caucasus in the pre-glacial period. In these thirty million years, these plants are virtually unchanged. Protected forest is the world Natural heritage has been carefully preserved. Relict plants that grow in the groves, not found anywhere else in the world is a great attraction in Sochi, which should definitely be visited.The famous Vorontsovsky caves have a length of eleven kilometers. It is the largest system in the Caucasus, with differences in elevation of two hundred forty meters, consisting of three main parts: Vorontsov, a Boar, and the Labyrinth. They are linked by narrow, water-filled passages. In the caves of many mineral springs, underground rivers and lakes. In some halls you will see an extraordinary ceiling with stalactites, waterfalls, unpretentious piles of boulders, pits and stilling basin carbonate mounds. Having arrived on rest in Sochi, immediately go to the unique place – Krasnaya Polyana. The road to this amazing place impresses with its spectacular views. By cable car you can climb to a height of over two thousand meters and admire the panorama of the Main Caucasian ridge. You will surely get a lot of emotions breathtaking. Don't forget to take warm clothes in the mountains can be cool and windy even in the hot summer.In the Sochi Dolphinarium you will see an unforgettable meeting with the sea intellectuals, amazing creatures. All year round under the open sky there are colorful shows, polar white whales, black sea dolphins, seals and lions. Marine animals are easy to contact with people, sing, dance, draw, perform incredible jumps and various tricks. After the program you will be able to take a picture with the artists on the memory and purchase Souvenirs at the gift.
Is the advice useful?
See also
Подписывайтесь на наш канал