Where is the best place to have a rest in Sochi

Sochi has long been considered the pearl of the Black sea and is popular. Where else to find Paradise subtropical area without having to travel abroad? Especially in comparison with other countries in Sochi, can not be afraid of the language barrier, also in Sochi is easily accessible by any vehicle – from car to train, and plane. Nature in Sochi is diverse – the heat and the sea, and very close from the snowy peaks of the Caucasus. 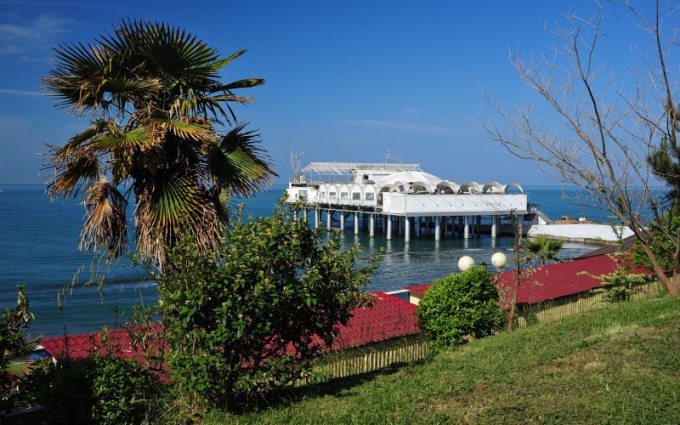 Sochi can be divided into 4 districts, each of which is suitable for the Central, Hostinsky, Adler, Lazarevsky.

Includes Adler, where the airport is located, Krasnaya Polyana – a famous resort for lovers of skiing, numerous neighborhoods is a Resort, Golubye Dali, Cheryomushki, Blinov, Orel-Izumrud, Nizhneimeretinskaya Bay. For those who need a developed tourist infrastructure, will approach Town of Adler, and those who seek solitude, silence, peace and beautiful beaches with clear sea and stunning nature, perfect Nizhneimeretinskaya Bay.

In this area include the Maly Akhun mountain, Khosta, Matsesta, Kudepsta, Byhta. Family-pleasant Host – the town is small, but comfortable and cozy, and to Sochi from him less than 20 kilometers. Stunning views provided guests with Small Akhun, located on the slope of mountain Akhun. Here is the highest observation platform in Sochi, stylized, moreover, under the watchtower. Spa area you can drum up Kudepsta – quiet and peaceful the village is small in size with comfortable beaches. Therapeutic mud and mineral springs of Kudepsta is familiar to many. Gynecologic diseases and diseases of the musculoskeletal system can be cured in Matsesta, especially since there are beautiful beaches, sulfur springs, and the countryside is just amazing.

The center of the city, in cultural terms, and political and historical. Sochi are associated with this area. Immersed in greenery and flowers promenade which is conveniently located to cafes, restaurants, souvenir shops, motels, hotels. The promenade is easily recognizable by the spire of the Marine station, as well as on the columns of the Art Museum.

Unites holiday villages in Lazarevskoye, Dagomys, Loo, Ashe, Yakornaya Shchel, Golovinka, Chemitokvadzhe, Nizhnyaya Khobza. Relaxed and at the same time not boring holiday is the Loo. For guests of all ages will fit Dagomys is located near the centre of Sochi, and the prices are much lower. Lazarevskoye is famous for its clear sea water, Vardane – greens and picturesque scenery.

As entertainment Sochi offers aquariums, amusement parks, one of which is Riviera and it combines rides, Oceanarium, Dolphinarium, and lots of sports fields for tennis, basketball, volleyball. In dolphinariums starfish you can admire dolphins, walruses, white whales, penguins, sea lions. No less interesting Dolphinarium "Akvatoriya". And aquapark Aqualoo will appeal to both children and adults.

Among the natural attractions not to visit the arboretum more than 1,800 plants, including rare and exotic. Rich and fauna of the Arboretum – the owls, raccoons, nutria, porcupines.

Fans of active rest can go diving, and anyone can learn this sport in many schools. In addition, in Sochi, rafting, rock climbing, Windsurfing, horse-riding, as well as to participate in mountain hikes.

While on vacation in Sochi, be sure to visit such places as Krasnaya Polyana to see the prompt – mountain lake, canyons and caves with waterfalls with the ominous name of the Black dragon Mouth, mountain Aibga, mineral springs. In the Adler district are Akhshtyrskaya and Vorontsovskaya caves, Lazarevskoye - 33 waterfalls in the gorge Dzhegosh, Host – relict grove of trees, whose age is 2000 years. You can not abandon the examination of ancient and mysterious dolmens.