How to build a box correlation

If you assume that between the process characteristics or indicators of a correlation, we can construct a graph that will reflect. Schedule that establishes the relationship between the variables, is called a field correlation. 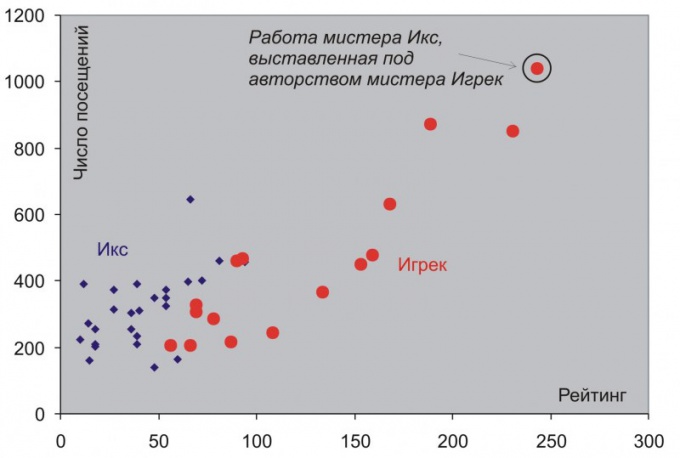 Related articles:
You will need
Instruction
1
Select the two variables between which you suspect there is a connection, usually taking values that change over time. Note that one of the variables must be independent, it will act as the reason. The second must change synchronously with it will decrease, increase or vary randomly.
2
Measure the value of a dependent variable for each independent testimony. Record your results in a table, in two rows or two columns. To detect the presence of when you need at least 30 readings, but for more accurate results take care of not less than 100 points.
3
Construct a coordinate plane, with the y-axis put the value of the dependent variable, and the x – axis is independent. Sign axis and specify the units of each indicator.
4
Note on the chart the points of the correlation field. On the x-axis, find the first value of the independent variable and on the y – axis the corresponding value for the dependent. Construct the perpendiculars to these projections and find the first point. Mark it, circle with a soft pencil or pen. Likewise, build all the other points.
5
The resulting set of points is called the correlation field. Analyze the resulting graph, draw conclusions about the presence of a strong or weak cause-and-effect relationships, or lack thereof.
6
Note the random deviations from the schedule. If in General, there are traces of linear or other relationship, but the whole "picture" spoil one or two points, find themselves aloof from the General population, they can be considered random errors and not to be considered when interpreting the chart.
7
If you need to build and analyze the field correlation for large amounts of data, use programs designed to work with spreadsheets, such as Excel, or purchase a special program.
Is the advice useful?
See also
Присоединяйтесь к нам
New advices