How to find latitude and longitude on the map

Any point on the terrain has its own geographic coordinates. With the advent of gps accurate positioning ceased to be a problem, but the ability to understand the map – in particular, to establish the latitude and longitudeis still quite relevant. 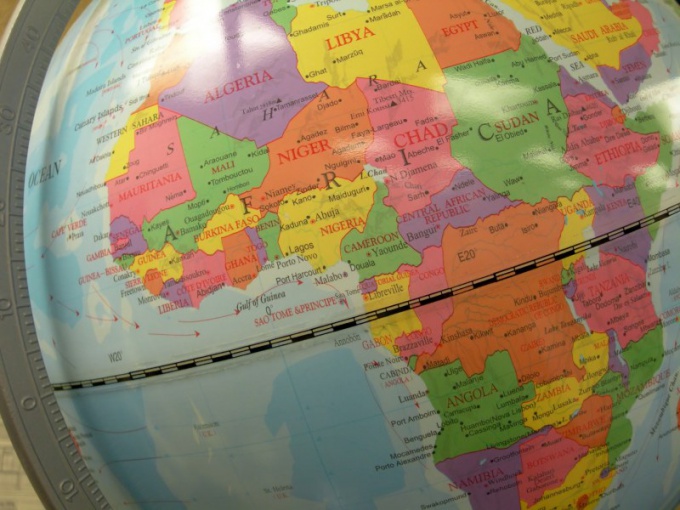 Related articles:
You will need
Instruction
1
If you have a globe, to understand the concepts of latitude and longitude is very simple. But, in its absence, sufficient and normal maps. To start, locate on the globe or the map , the equator and the poles, North (top) and South (bottom).
2
The equator divides the globe (the globe) into two halves: the top, she is North and bottom – South. Note the Parallels – the circle line, encircling the globe along the equator. These lines set the latitude. At the equator it is equal to zero, as you move towards the poles increases to 90°.
3
Locate on a globe or map of your locality – for example, Moscow. Let's see what Parallels it is, you should have 55°. This means that Moscow is at 55° North latitude. North, because it lies to the North of the equator. If you, for example, searched for the coordinates of Sydney, he would have been 33° South latitude, because it lies South of the equator.
4
Now look at the map of England and its capital London. Please note that it is through this town passes one of the Meridian – lines extending between the poles. Near London Greenwich Observatory is, places made to count longitude. Therefore, the longitude of which is the Observatory is 0°. Everything that is West of Greenwich to 180°, refers to the West longitude. That to the East and up to 180° - East longitude.
5
Based on the above, you can determine the longitude of Moscow – it is equal to 37°. In practice, to pinpoint the location of the settlement is determined not only degrees, but also minutes, and sometimes seconds. Therefore, the exact geographical coordinates are: 55 degrees 45 minutes North latitude (55°45?) and 37 degrees 37 minutes East longitude (37°38?). The geographical coordinates mentioned above of Sydney, lying in the southern hemisphere, is equal to 33° 52' South latitude and 151° 12' East longitude.
Is the advice useful?
See also
Присоединяйтесь к нам
New advices